BIQU wants to enter the market for high temperature printing and has release the BIQU H2 500°C direct drive extruder. This is a variant of their BIQU H2 direct drive extruder v2.0 of which v1.0 variant I wrote a review earlier. For purposes of review and testing I have received a unit from BIQU. In this article I’Il do an initial unboxing and first look of the device and its internals. 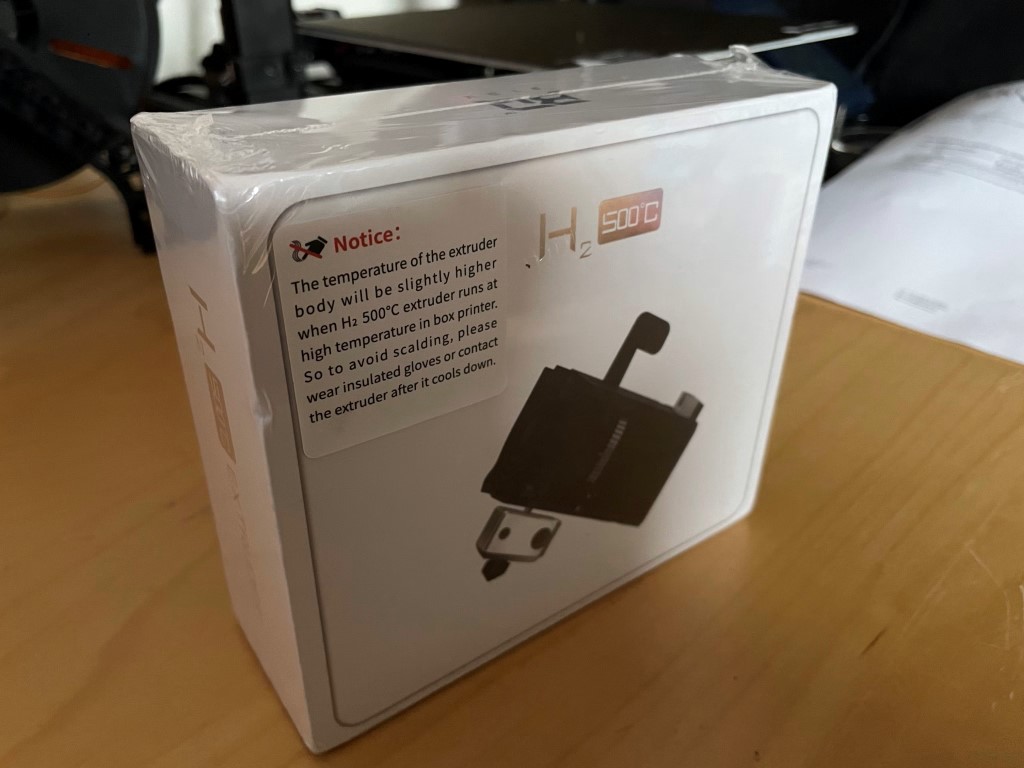 For a general description of the features of the H2 direct drive series, including its very low weight, you can refer to my earlier review of the H2 v1.0. When it comes to high temperature printing, these features specifically apply to the BIQU H2 500°C Extruder:

Compared to an regular BIQU H2, the high temperature variant is about 10-20 dollars more expensive. Not bad!

As mentioned, the hotend assembly is rated to go up to 500°C. As a suggestion, BIQU left a helpful list of filaments you can print thanks to the higher temperatures. 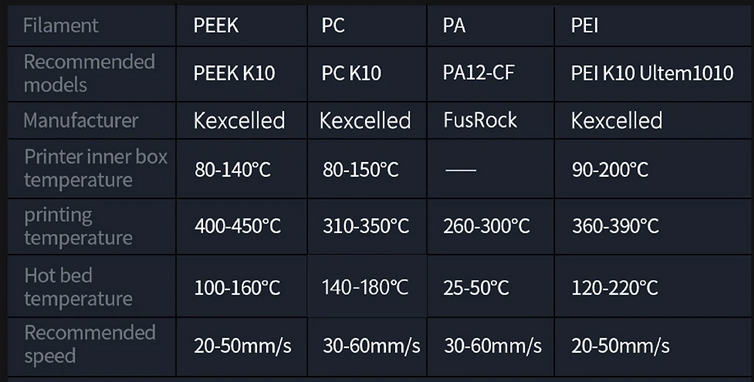 The most well-known filaments on this list might be Nylon (PA) and PC (Polycarbonate). And yes, that on the right is PEI - what you might have used as a build surface.

The H2 500°C comes in a rectangular white box, with plenty of protective foam inside. The packaging self is shrinkwrapped in plastic foil. 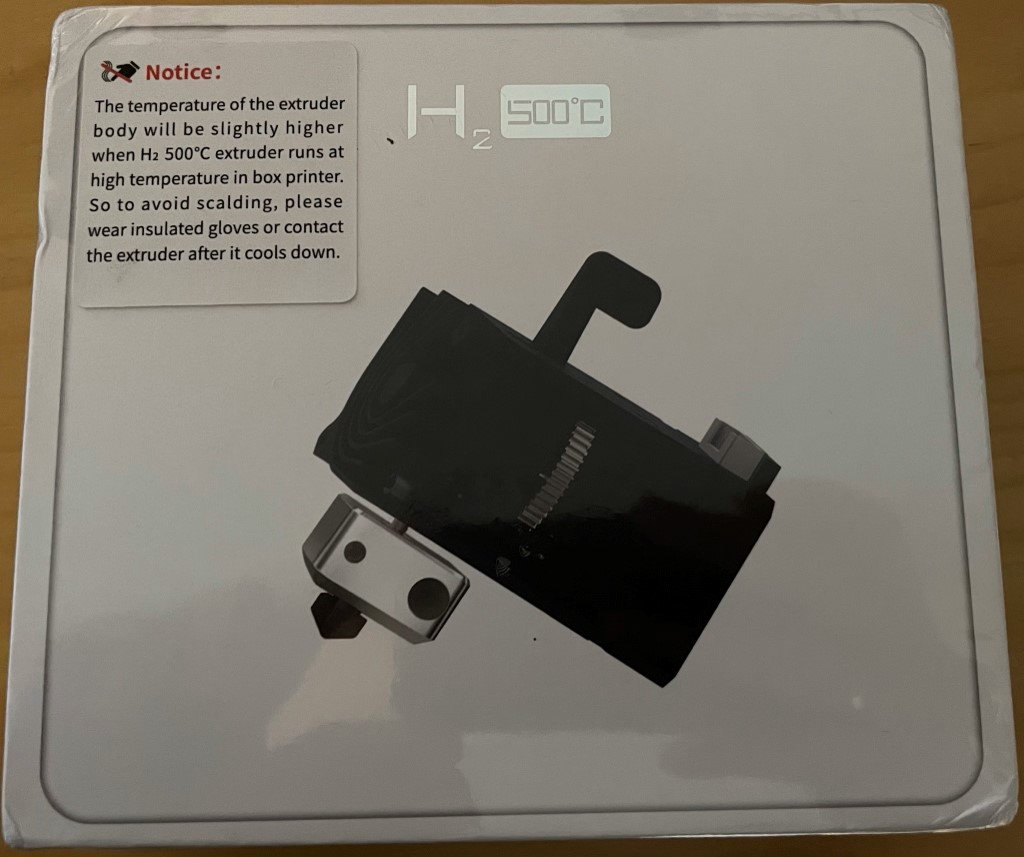 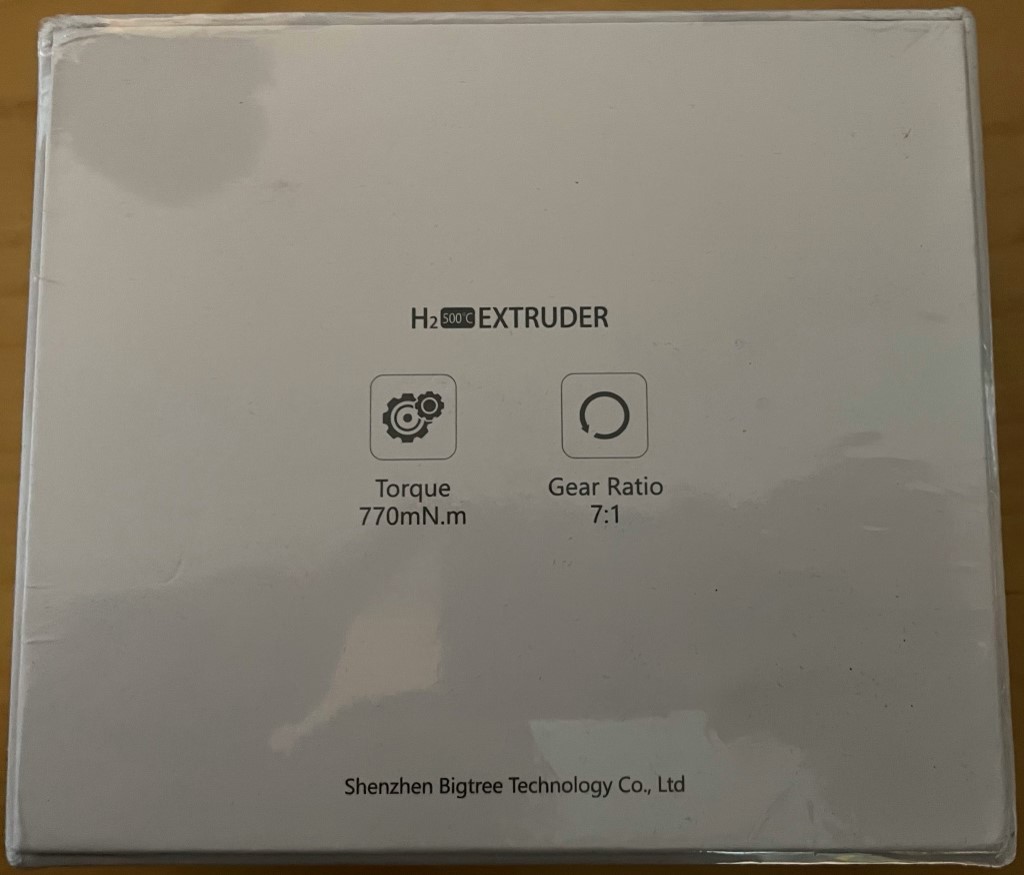 BIQU must have hired an designer that worked at Apple 😉 - the packaging looks very attractive!

When we open the box we’re greeted by the manual. 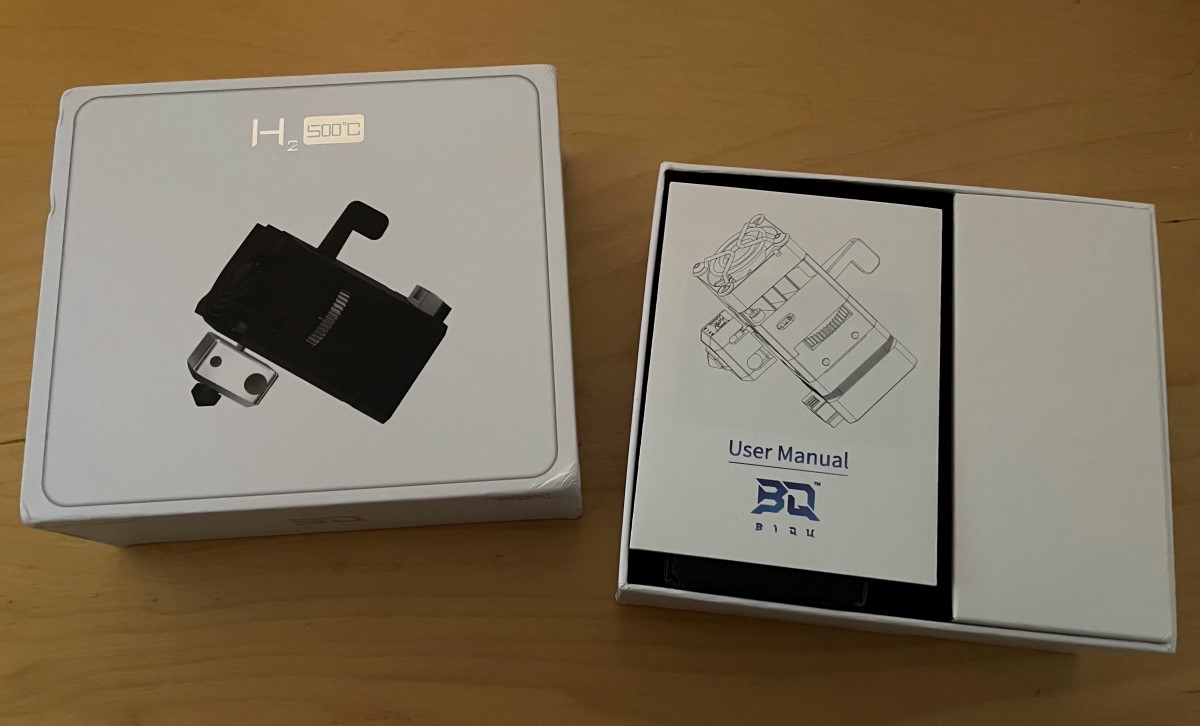 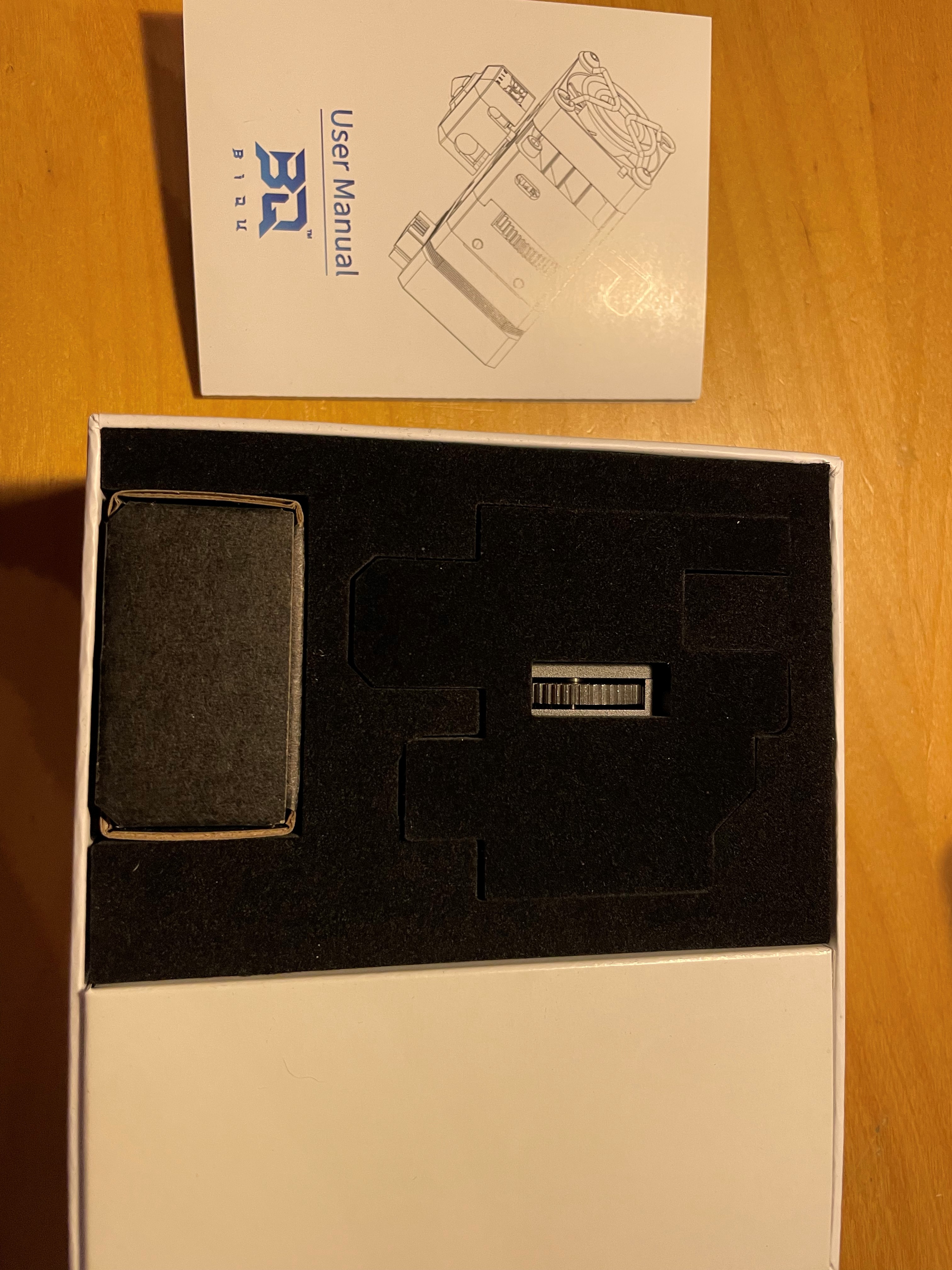 A part of the H2 extruder already peeks through

Next to the H2 extruder, there is a small black box. 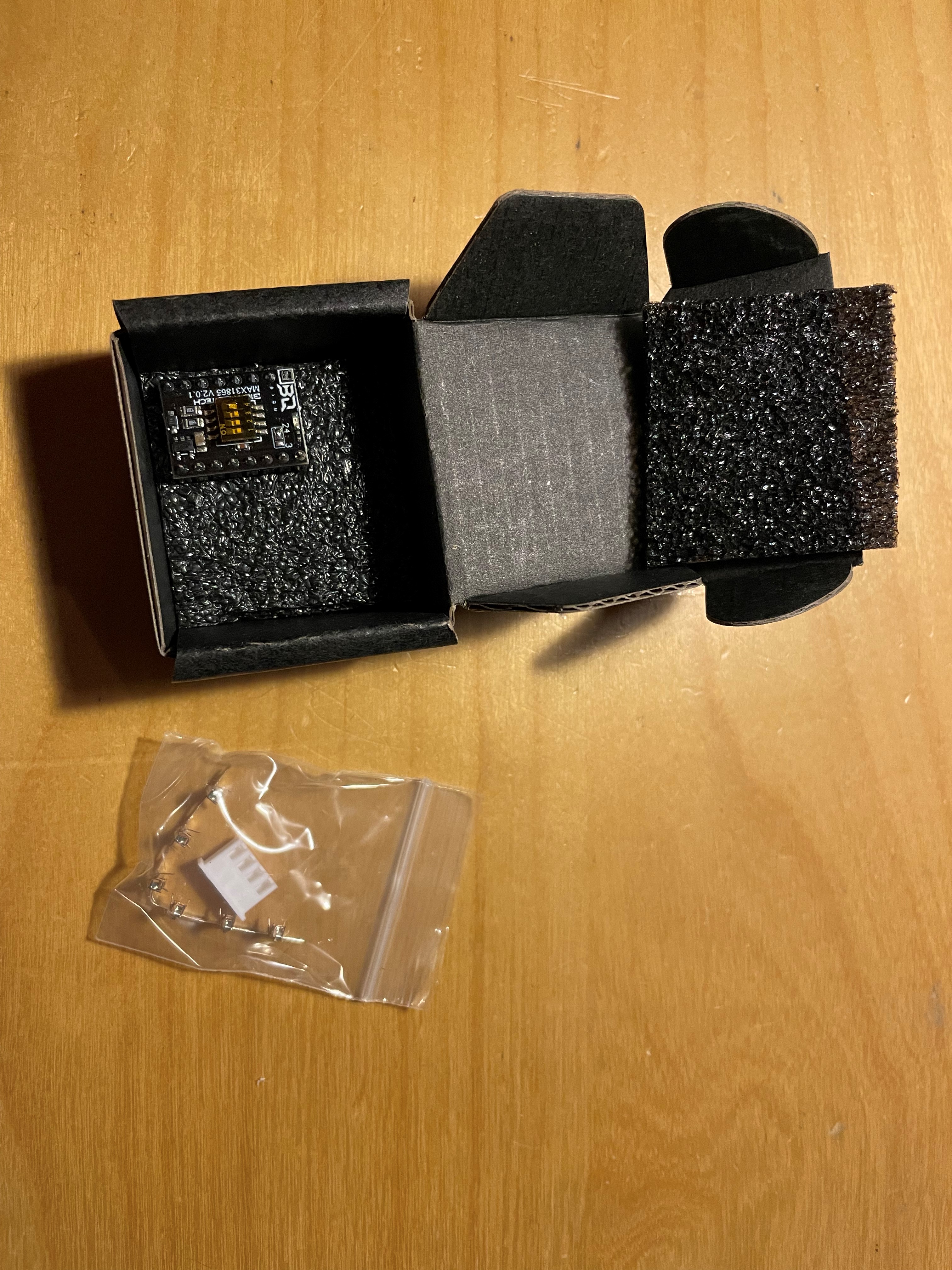 The thermistor amplifier chip is kept safe by foam packaging

The MAX31865 chip contained in the packaging is a requirement for measuring the temperature of the PT100 thermistor safely. The chip is put on a stepstick, which fits into any board with stepstick slots (boards with replaceable stepper drivers). This will be a challenge for me, as I don’t have any printer that has boards available that support stepsticks.

We also find a JST-XH 4-pin connector with inserts to be crimped to a cable. It is not immediately obvious what its purpose is.

In the large white box next to black foam, we find several accessories: 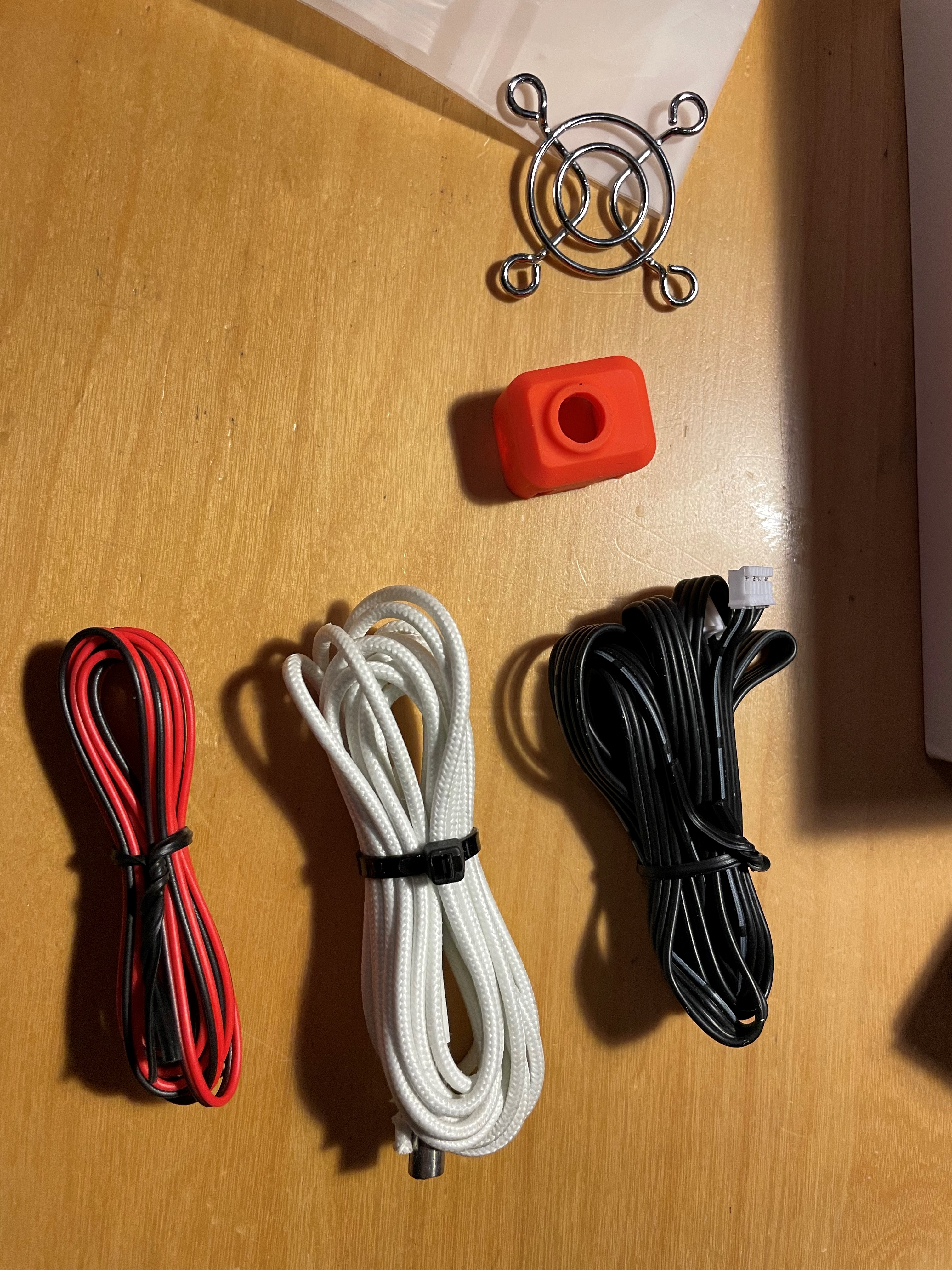 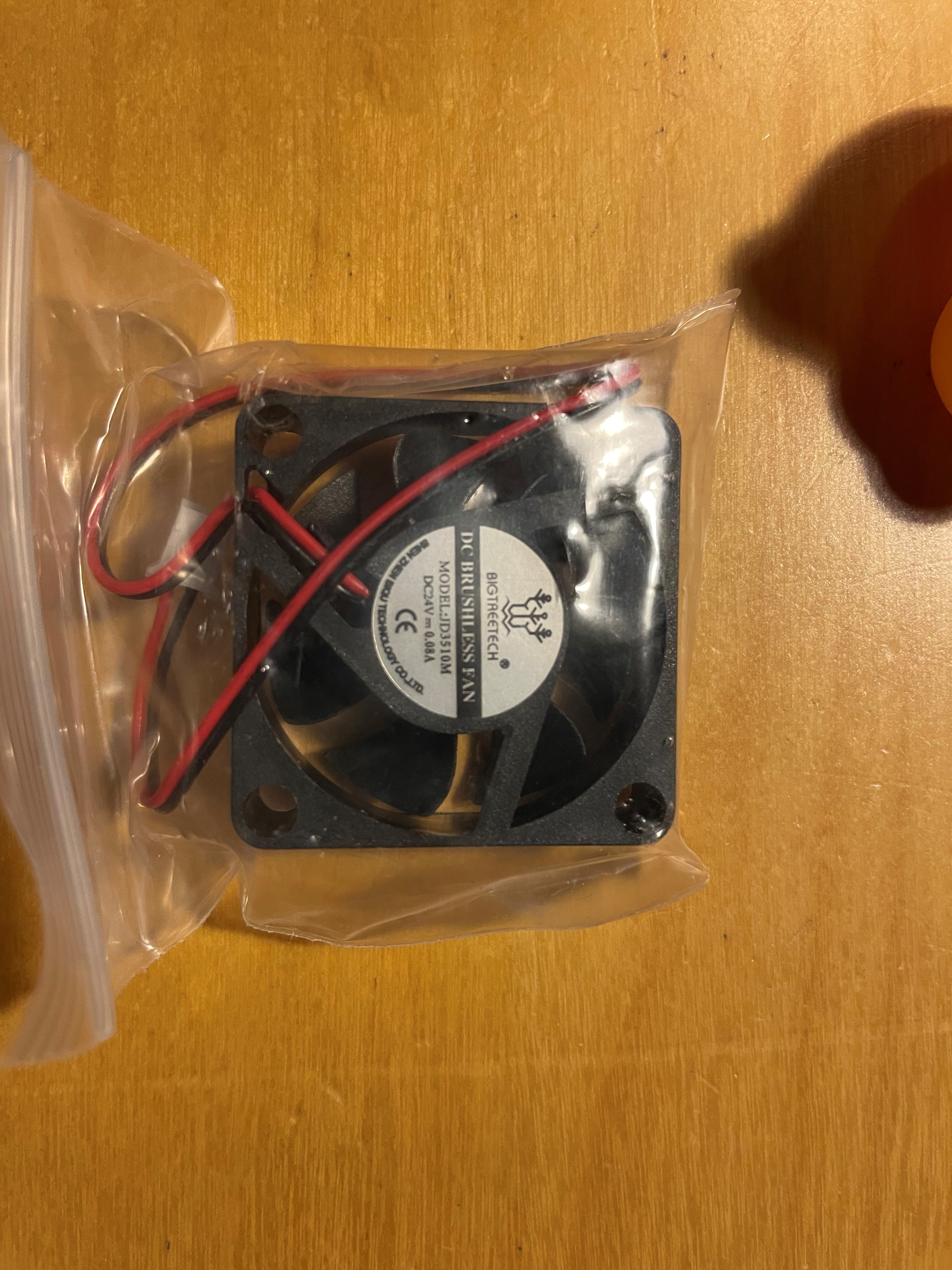 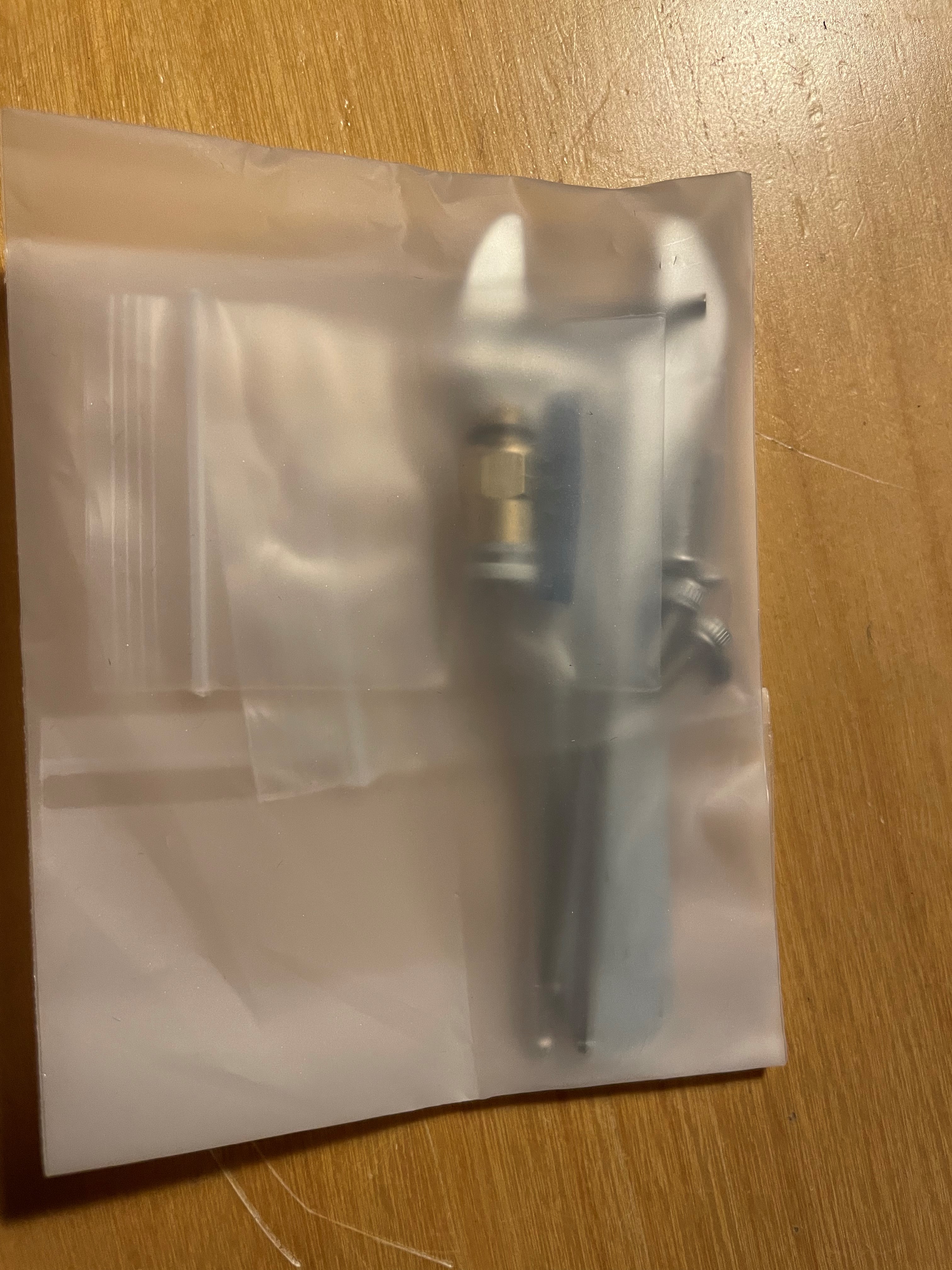 Some tools, 3 hex allen wrenches, a Bowden connector with 2cm long Bowden tube as filament guide, a 17mm wrench and a 8mm wrench and finally some mounting screws for the fan

Finally, at the bottom most layer, we find a PT100 thermistor crimped onto a 4-pin JST-XH “stepper motor” connector (of which only two pins are used). This connector will be plugged into one of the ports on the mainboard where you’d normally plug in a stepper motor. 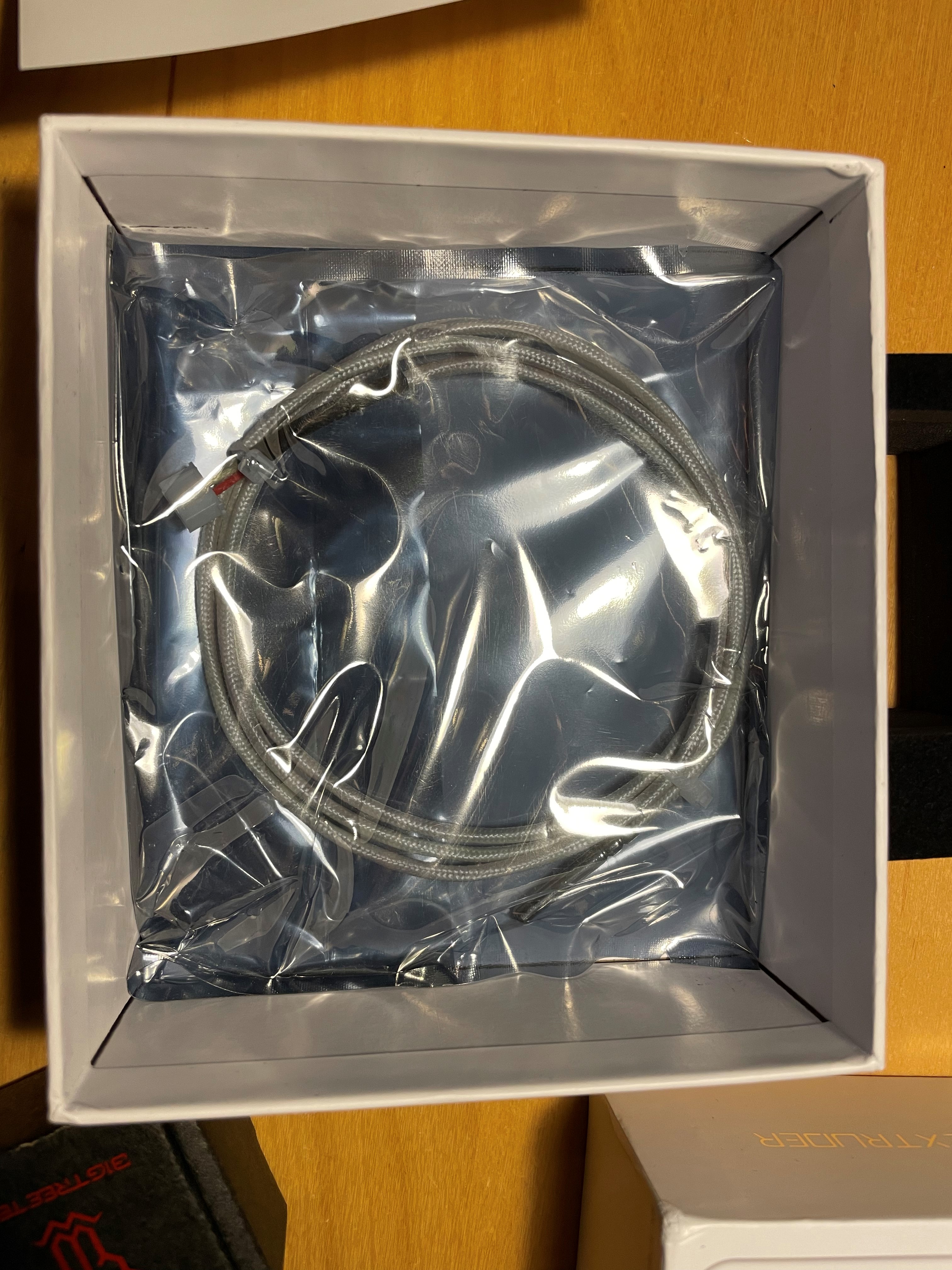 Safely packaged away at the bottom of the box: a thermistor in a steel tube package 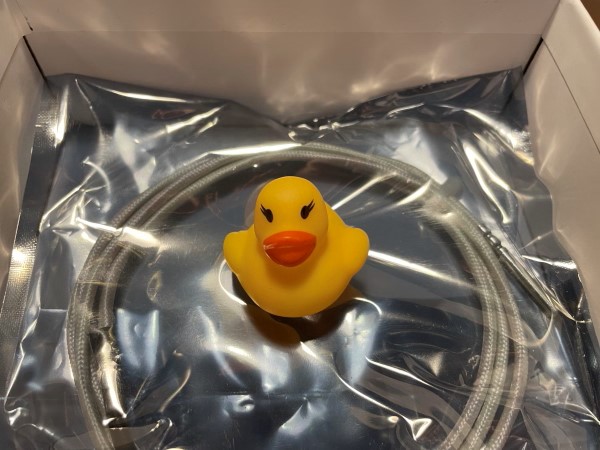 Of course the mandatory BTT duck can’t be missed 😄 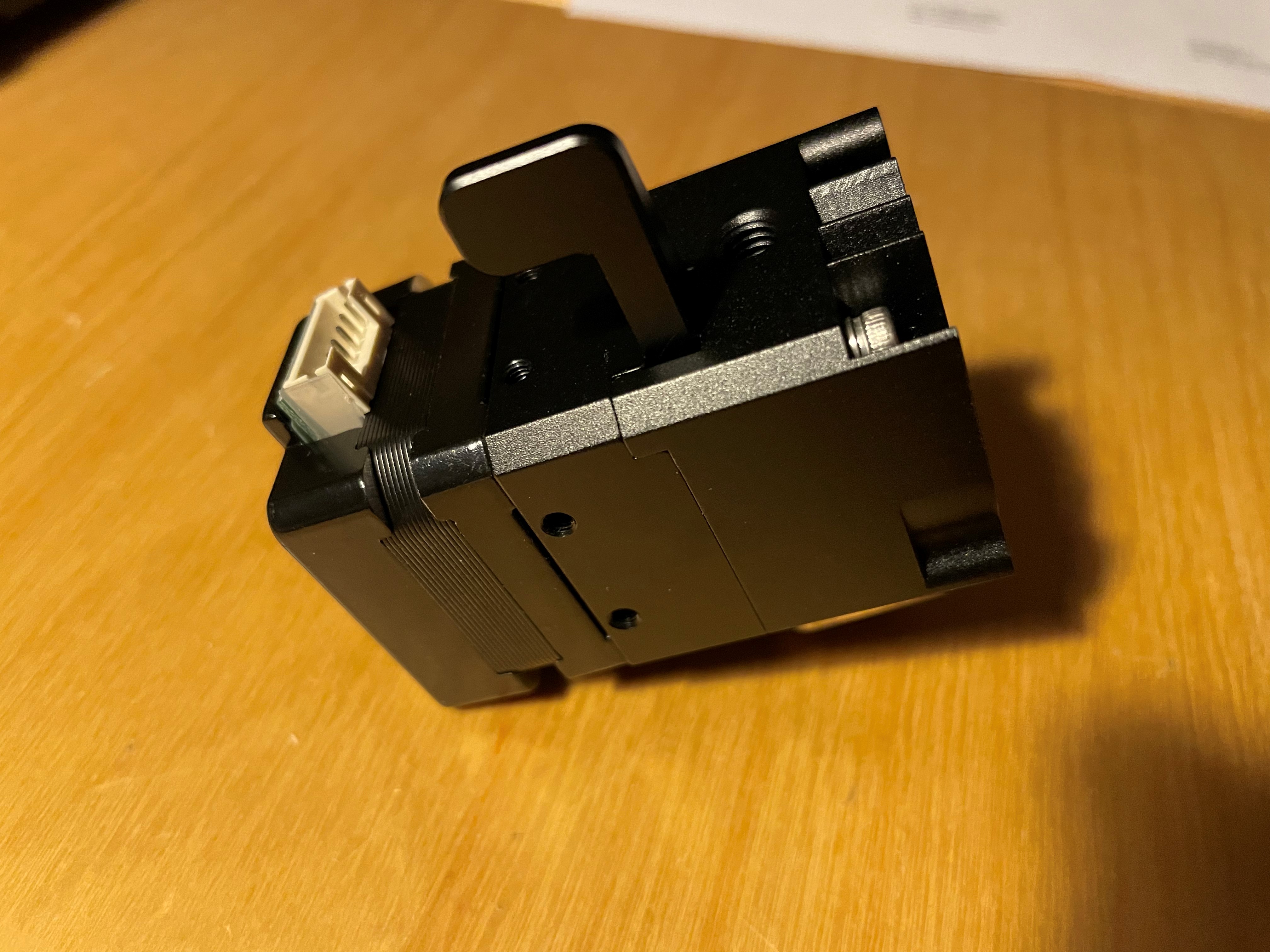 Just like the original H2, this H2 has a very small footprint in terms of size and weight

From first glance, the BIQU H2 looks the same. 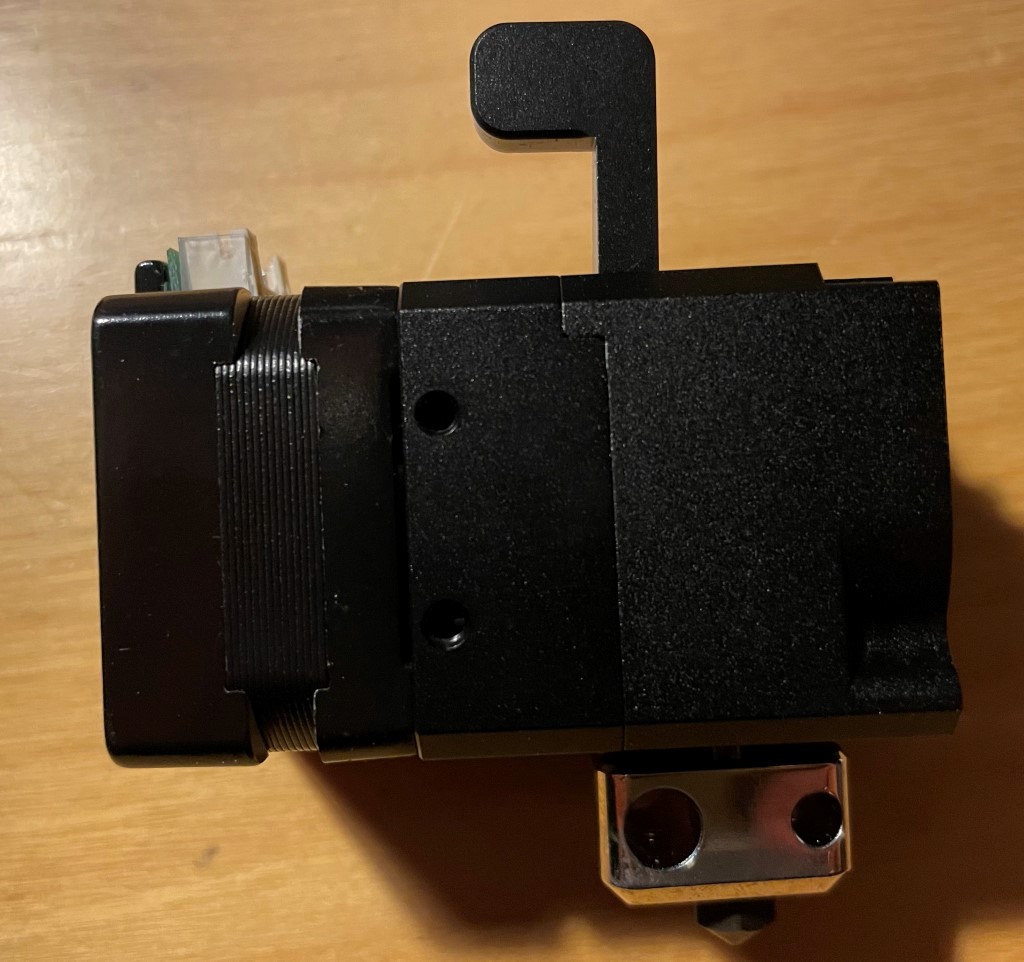 The H2 has two mounting holes on each side: top, bottom, front and back 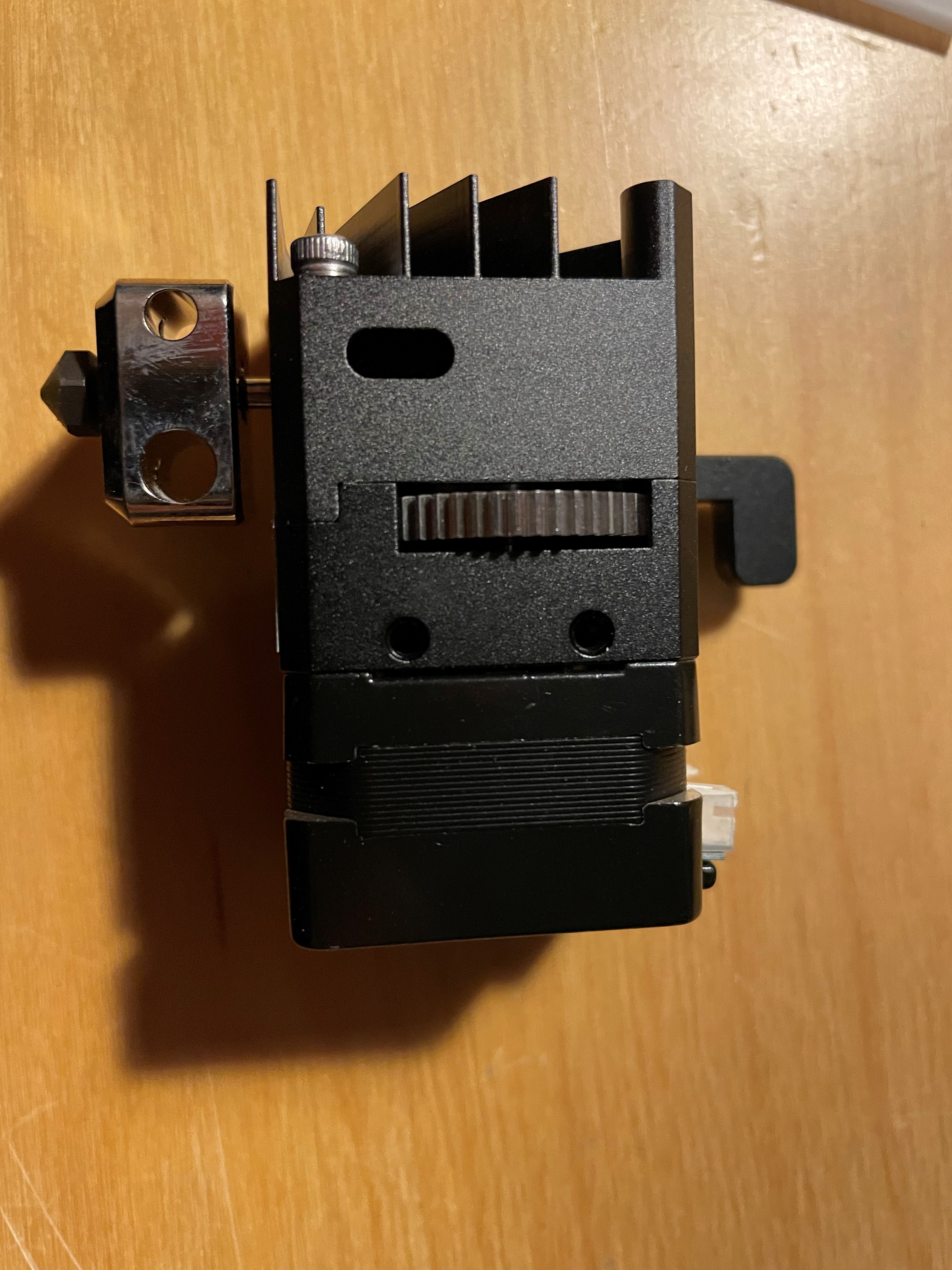 The H2 shows the large gear on the front, which can also be used for manually feeding filament - though I don’t know how well this will work with high temperature filaments

Similar to the E3D Hemera, the fan air outlet is designed so it does not blow air onto your printed parts. 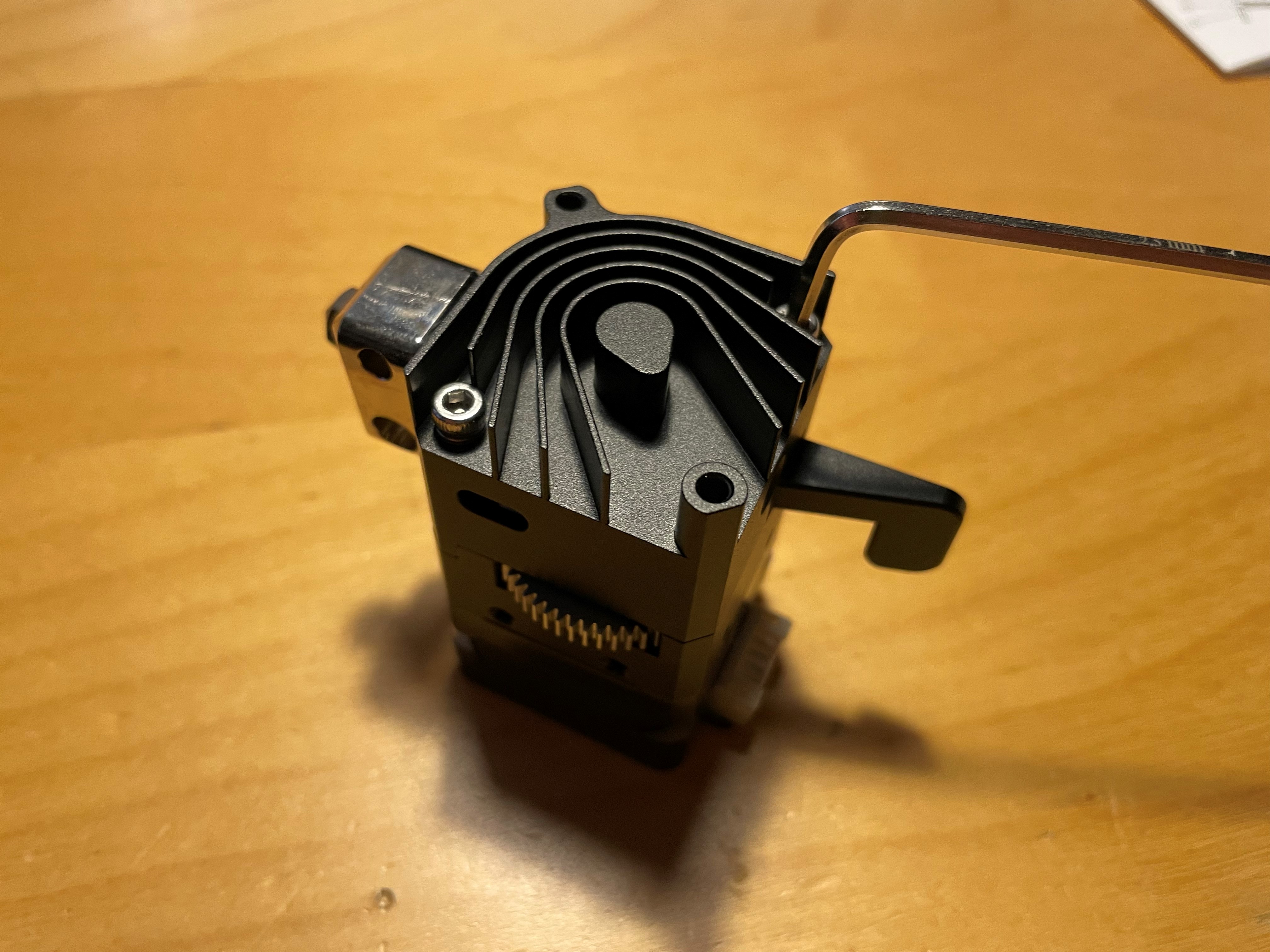 First step in disassembly: get the two hex bolts out 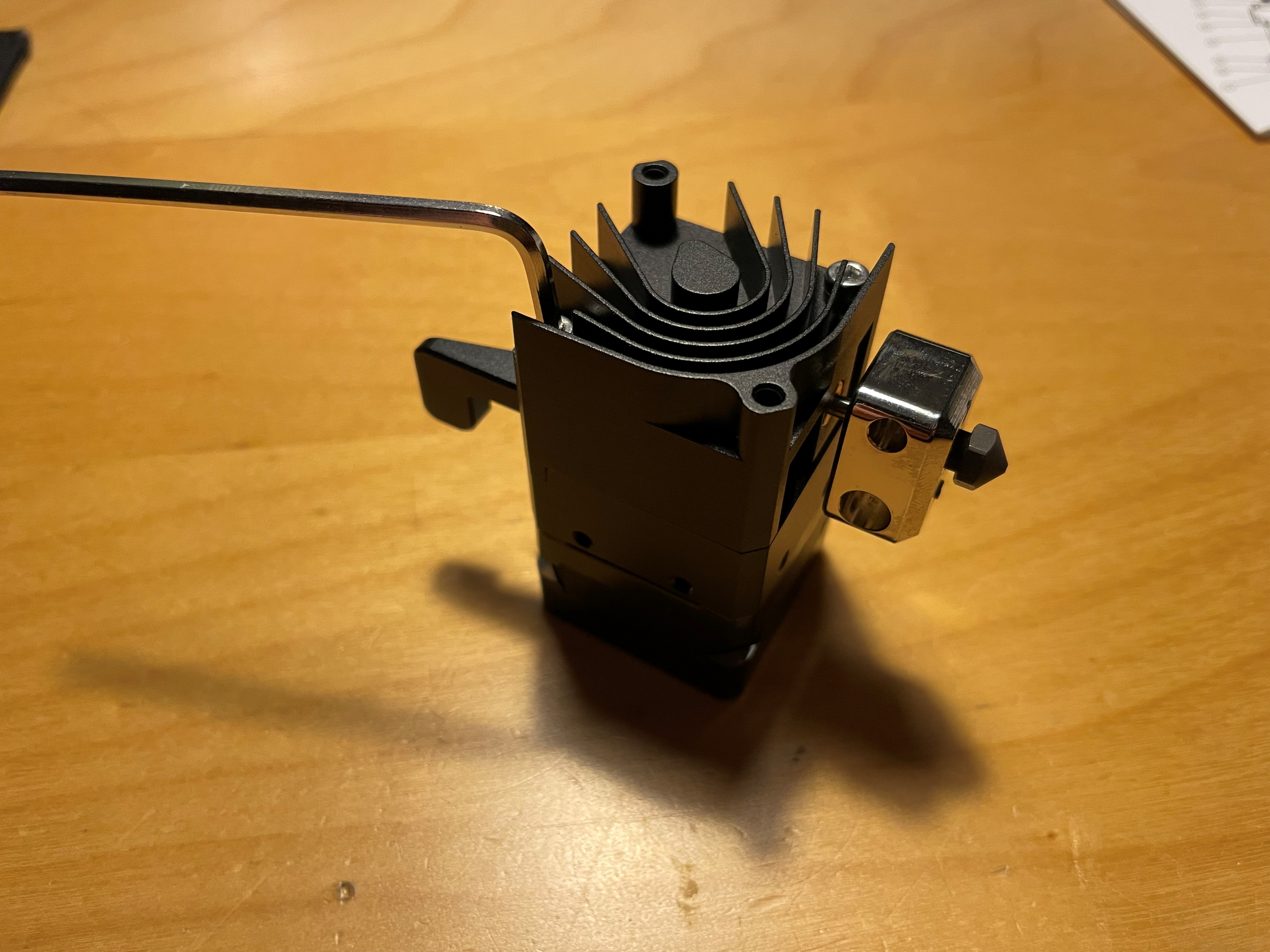 Two mounting holes on all sides 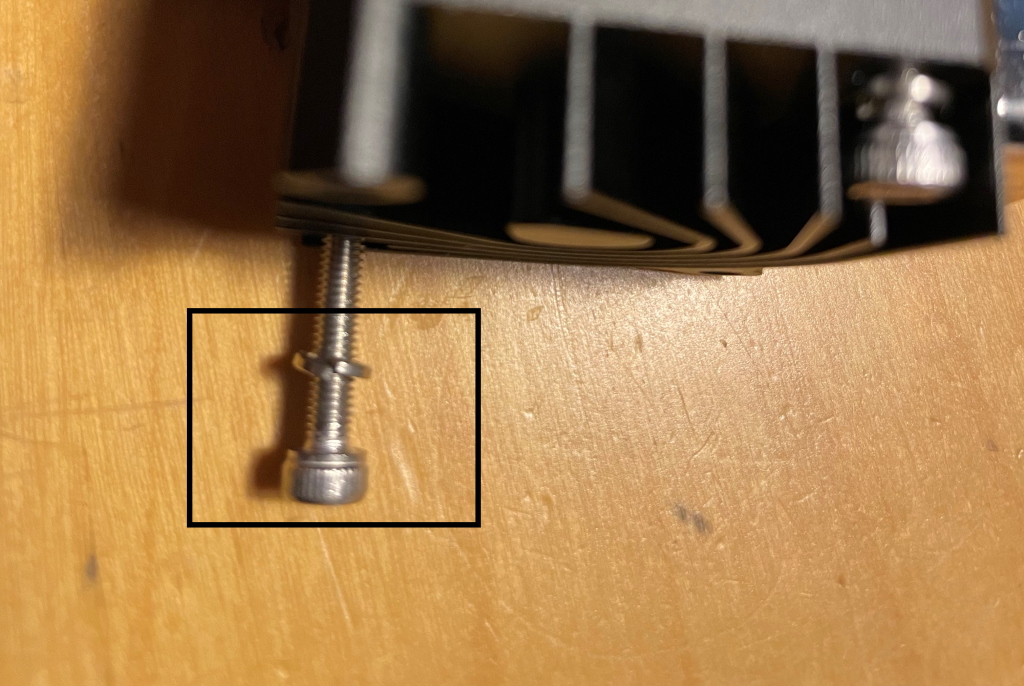 After the bolts are removed, the two parts that make up the direct drive extruder assembly can be pulled apart. 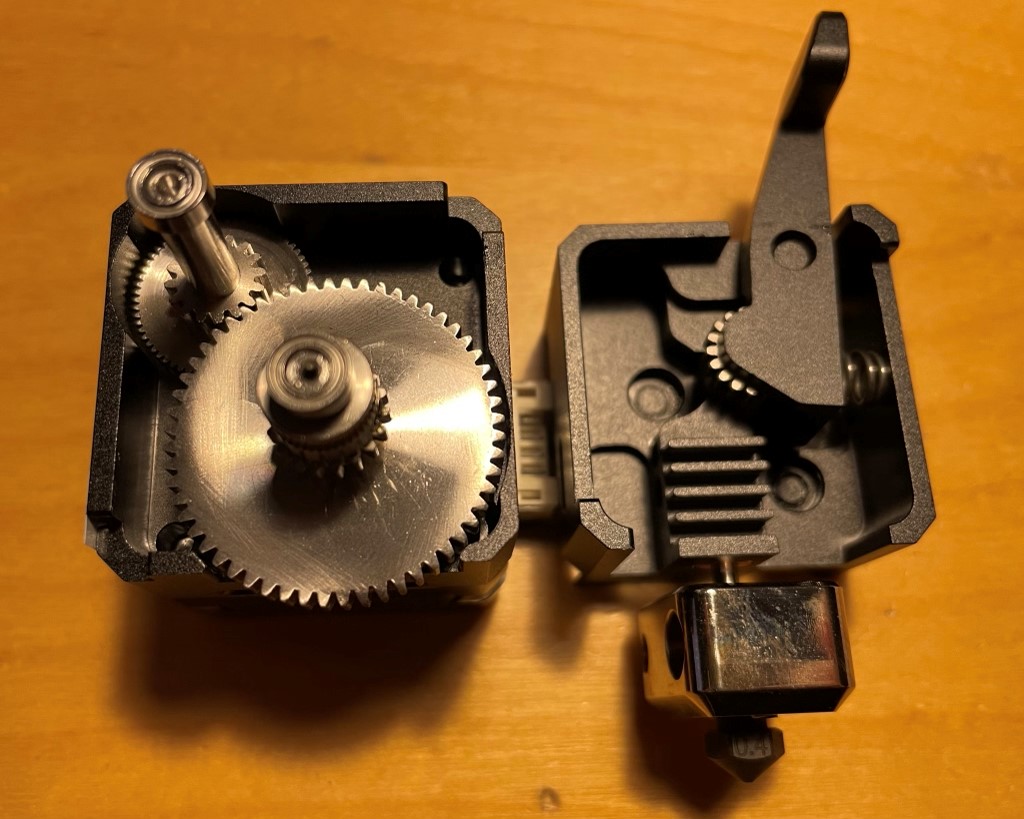 The stepper motor part is on the left side, and the hot-end and half of the drive gear to the right

The gears seem to be of better quality than the original H2. Just like the original, all the gears are supported by tiny sealed bearings. There is no lubricant in the direct drive extruder itself.

On the other part we find the heater block with its bimetallic heat break, and one half of drive gear. Just like the original H2, the drive gear can’t be tensioned to a specific level - one thing I noticed as a downside of the original H2. However, you may not print as much TPU on a print you’Il specialize for high temperature printing anyway. 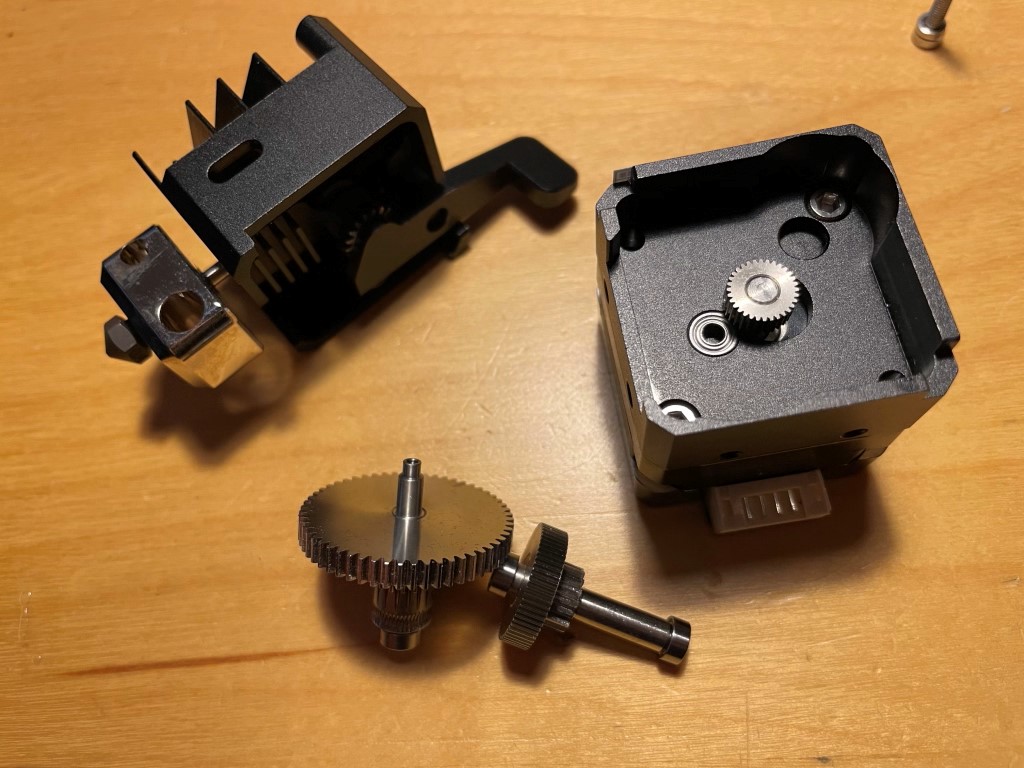 There is also an extensive manual included with the H2, which describes the unit itself - but also firmware changes necessary which requires you to learn to compile your own firmware. Besides selecting the correct temperature sensor, you must also configure which pins are used for communicating with the MAX31865.

Overview, disassembly, and some measurements that can be used to design your mount in a CAD tool - if one in the H2 ecosystem isn’t already available

More specifications and some instructions for mounting. In addition an exploded view shows all the parts. 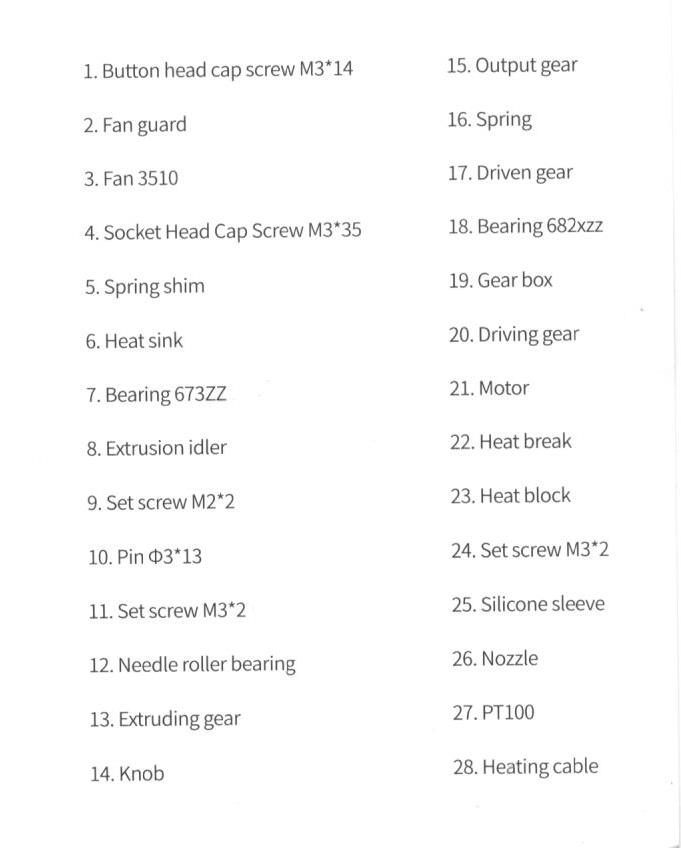 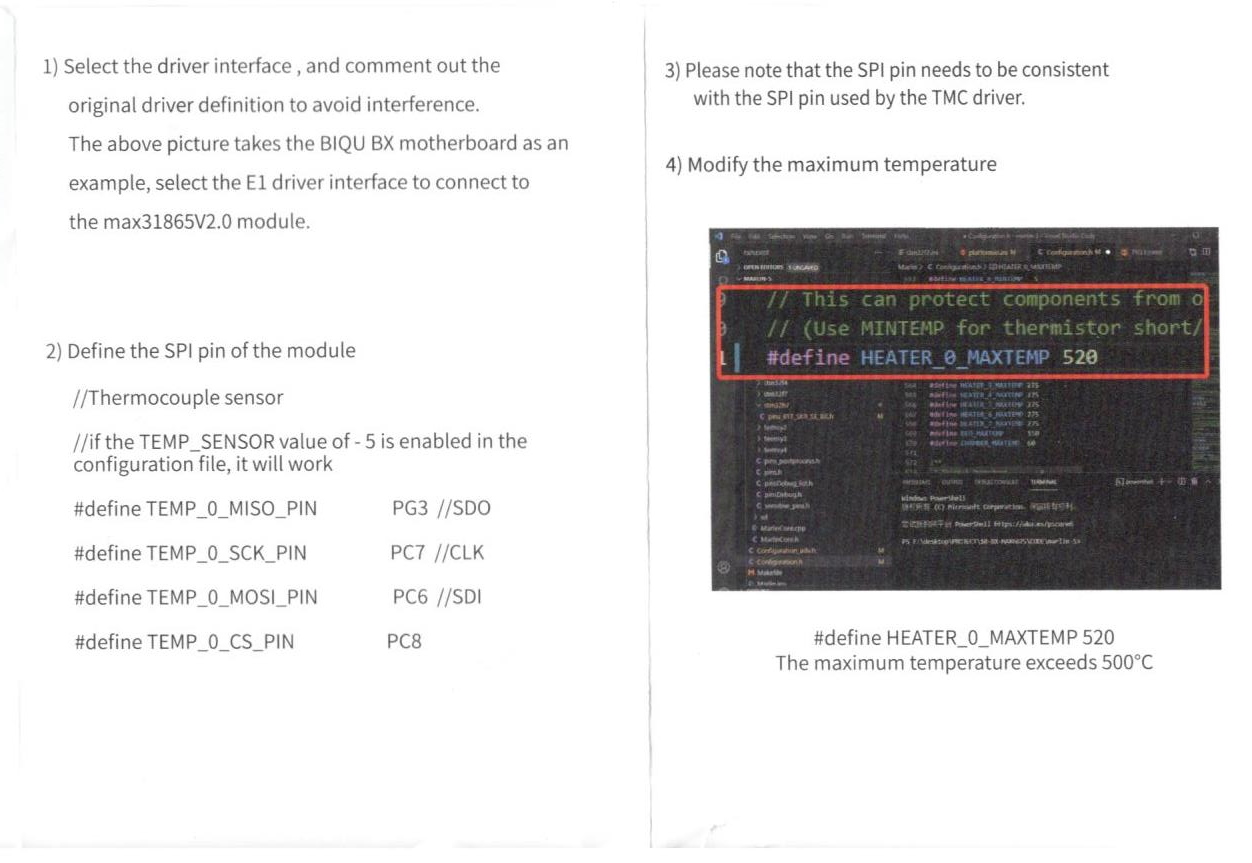 As noted above, this H2 isn’t just a matter of mounting it. You need a compatible motherboard with free SPI pins and a socket that allow the processor to communicate with the MAX31865 temperature chip.

In terms of mounting the H2 to your printer - this should be pretty doable. A lot of mounts have already been developed by the community. The only worry I’d have, is how well printed mounts will hold up in the ambient temperatures necessary for some of the plastics.

As the next steps, I will check which one of my current printers is most feasible to modify.

I do have a CR-10 Smart coming in and a Ender 3 S1 (thanks to my presence in Creality’s first overseas user seminar), but both I’d like to keep stock for a while until modifying them.

In any case, no matter what it needed. I’m up for the challenge!