I’ve been busy retrofitting a BIQU B1 printer with the new BIQU H2 High Temperature extruder. However I ran into some trouble tuning in the 70 watt heater. Every time I attempted to PID auto tune it overshot way past the target temperature and the PID tuning process was aborted. So how to we fix this? Let’s see!

I have rewired my BIQU B1 to handle this high power heater, and allow the BIQU H2 to be fitted in a fixed way. For this I’ve removed the entire USB-C cable and breakout board and wired everything directly to the mainboard. 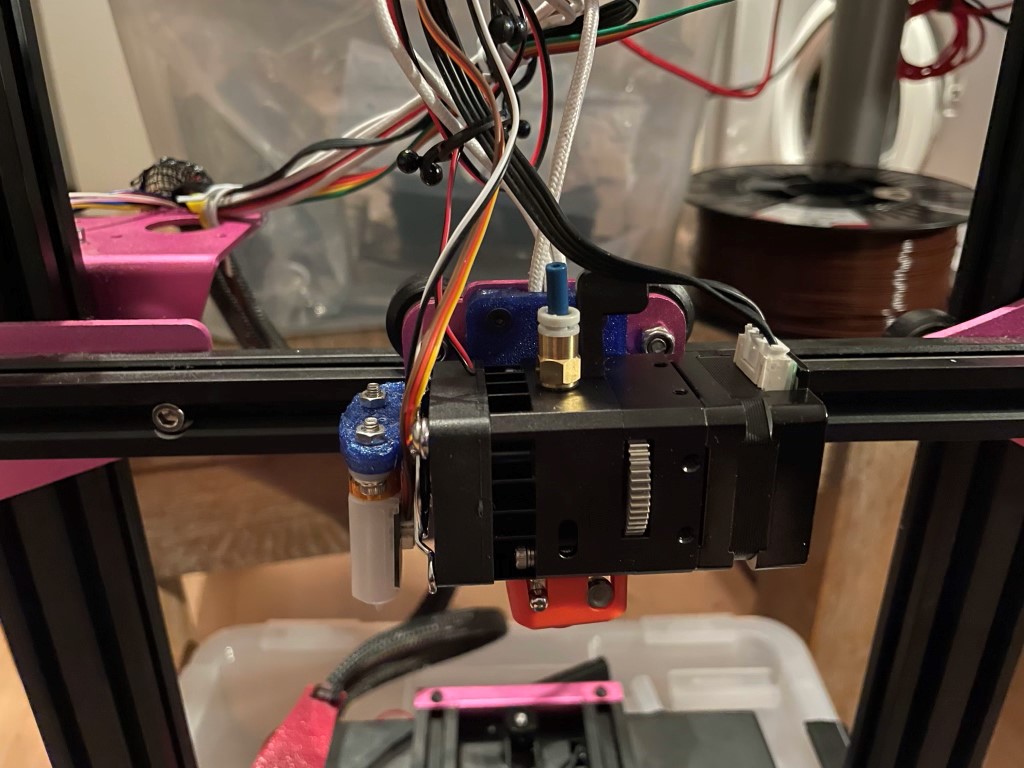 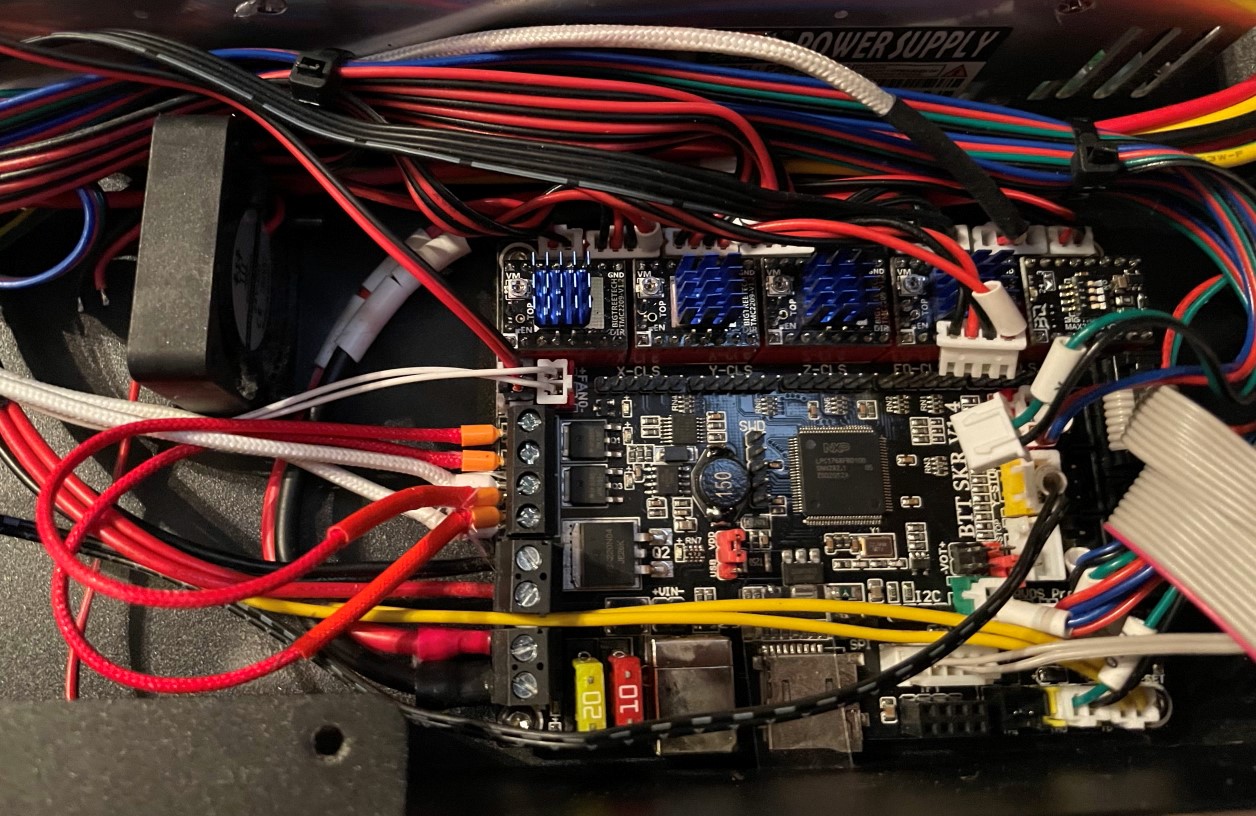 I’ve wired all wires directly to the mainboard, and used both heater MOSFETs in parallel to share the load (Marlin option HEATERS_PARALLEL)

At the top right in the picture you find the MAX31865 on a stepstick board, which connects to the PT100 high temperature thermistor.

When tuning in the temperature, I ran into the issue that I could never complete the PID cycle.

But the PID tuning aborted after overshooting by more than 30 degrees Celcius. This is a safety measure, but why does this happen? For this we need to dive a little deeper in Marlin’s heating process.

How heating in Marlin works 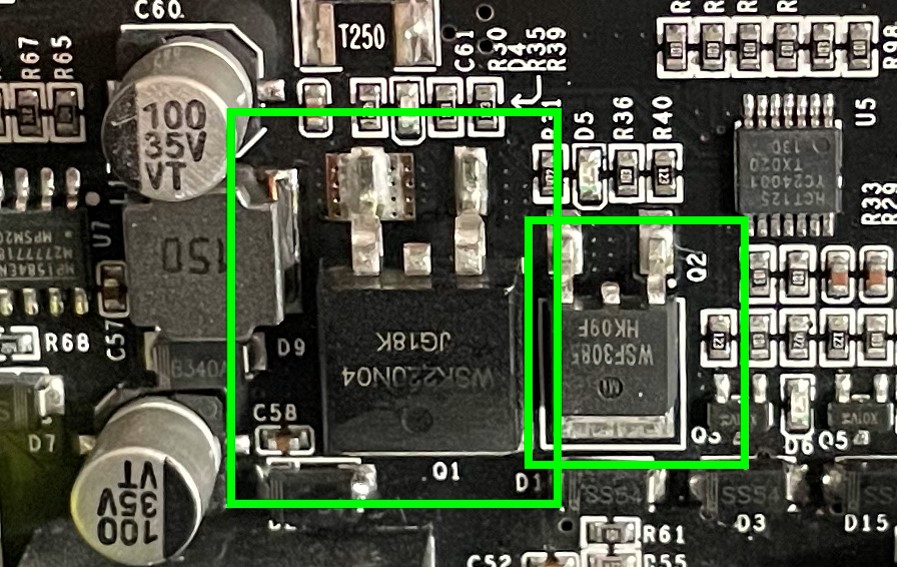 That poses a problem for accurate temperature control: How often do you enable power the heater, and for how longer? PID controlled heating solves this problem: The three values that define the PID configuration determine when and for how long to turn on the heater to reach or maintain a specific temperature.

The bang-bang value can be tuned however: you can tell with BANG_MAX that instead of turning the heater for 100% (255) on, it should turn the heater only 50% of the time on (128). And this is one part of the solution.

There are several parameters in Marlins Configuration.h you can use:

As configured above this means:

When the heater is on, temperature does not immediately transfer. It takes a moment for the thermistor to get to the temperature as the heating occurs. We have the heater configured to run at 100% power - the full 70W. Yet, Marlin will only start using PID at 10C before the target temperature. That doesn’t leave a lot of margin - however this is only part of the issue. When PID tuning, Marlin will first put 100% power on the heater (according to PID_MAX).

There are two knobs we can turn:

Trying to maintain temperature: (1) 40C overshoot attempting to heat to 100C, (2) failed PID tune for 235C, (3) I had increased the PID functional and the hot-end was already hot (within functional range), so second PID did go through

My first attempt was increasing PID_FUNCTIONAL_RANGE from 10 to 60. It appeared it didn’t work, but then it did, but it would never be stable when heating up the hot-end from a cold state.

So, I decreased PID_MAX from 255 to 100 - this did the trick. Getting reaching a temperature is way costs much more power than maintaining a temperature - so it is fine if we don’t have the full 70W available. With this I was able to do the PID tune.

As you can see, after the PID tune I was able to maintain temperature perfectly. 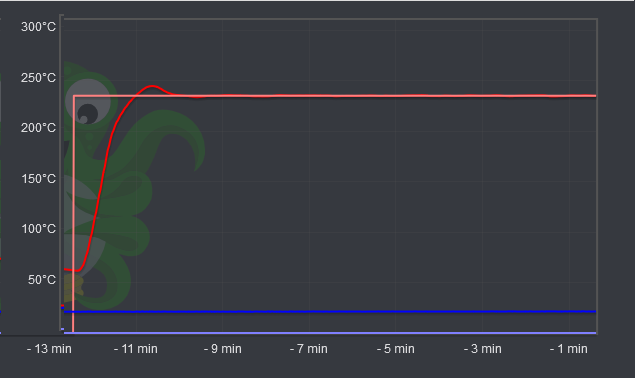 And an completely stable temperature after the PID tune!

PID auto-tuning high power heaters in Marlin requires tuning some parameters you might otherwise not touch. However, by tuning the PID_MAX and PID_FUNCTIONAL_RANGE you can get PID auto-tuning to work stable, and tune your hot-end so it maintains a stable temperature. It is just a matter of understanding the parameters you have available to you.