In this article I will show you how to mount an Adafruit Neopixel to your Creality CR-6 SE. A Neopixel allows for printer-firmware controlled light. You can control a Neopixel from gcode, or let the firmware automatically control it (for instance, when heating). 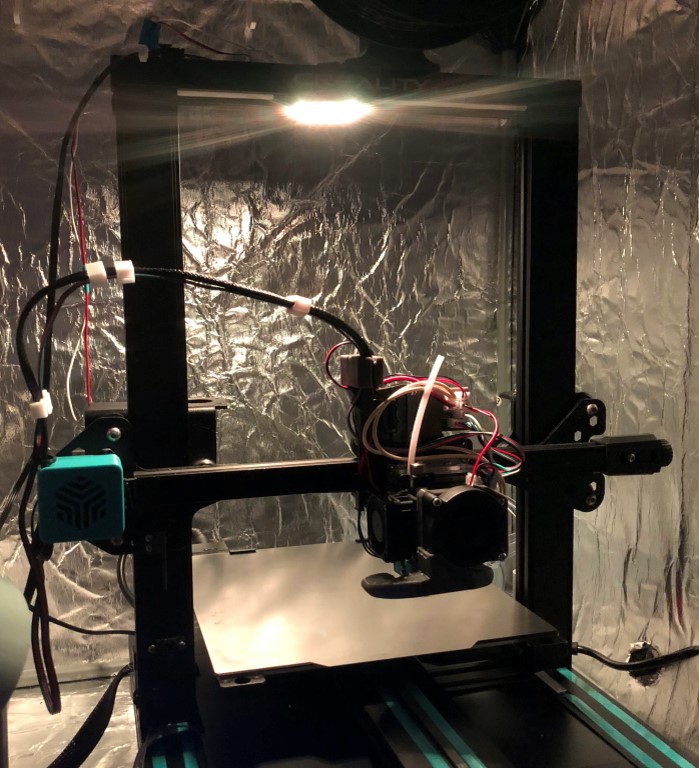 I had neopixels on my BIQU B1 printer and thought it was a gimmick, at first. However, Marlin can use the neopixels itself also to communicate the current state. 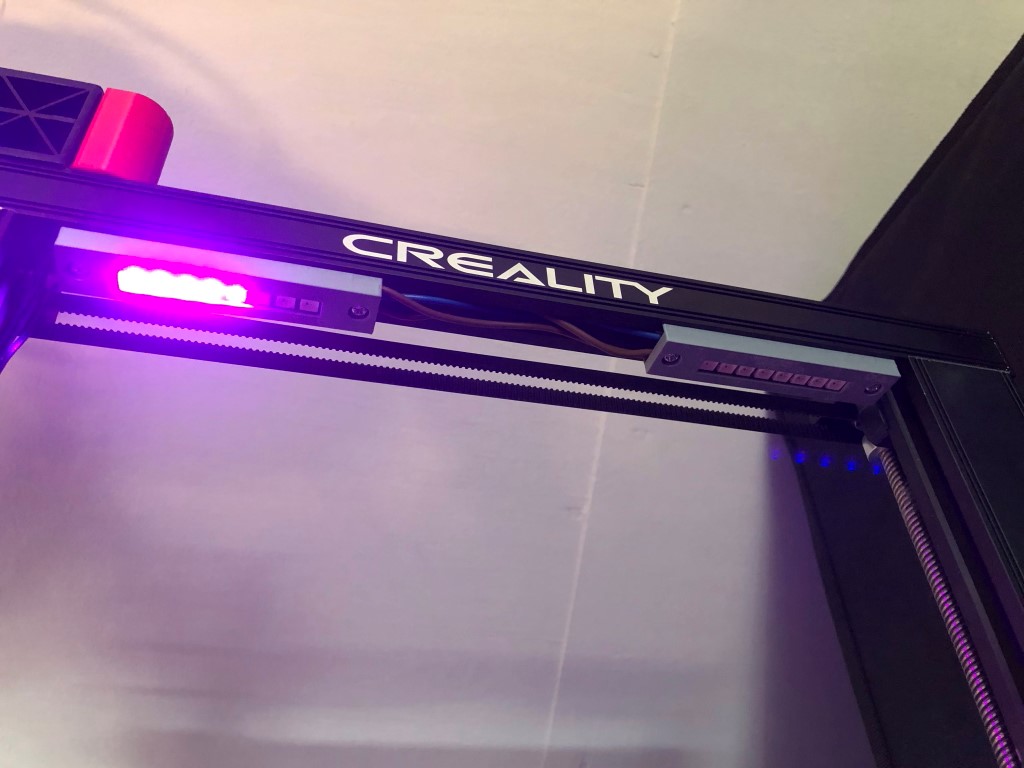 When heating the hot-end, Marlin shows the progress as an increasingly amount of LEDs being lit, changing color

You can also fully control it, using the M150 - Set RGB(W) Color gcode. 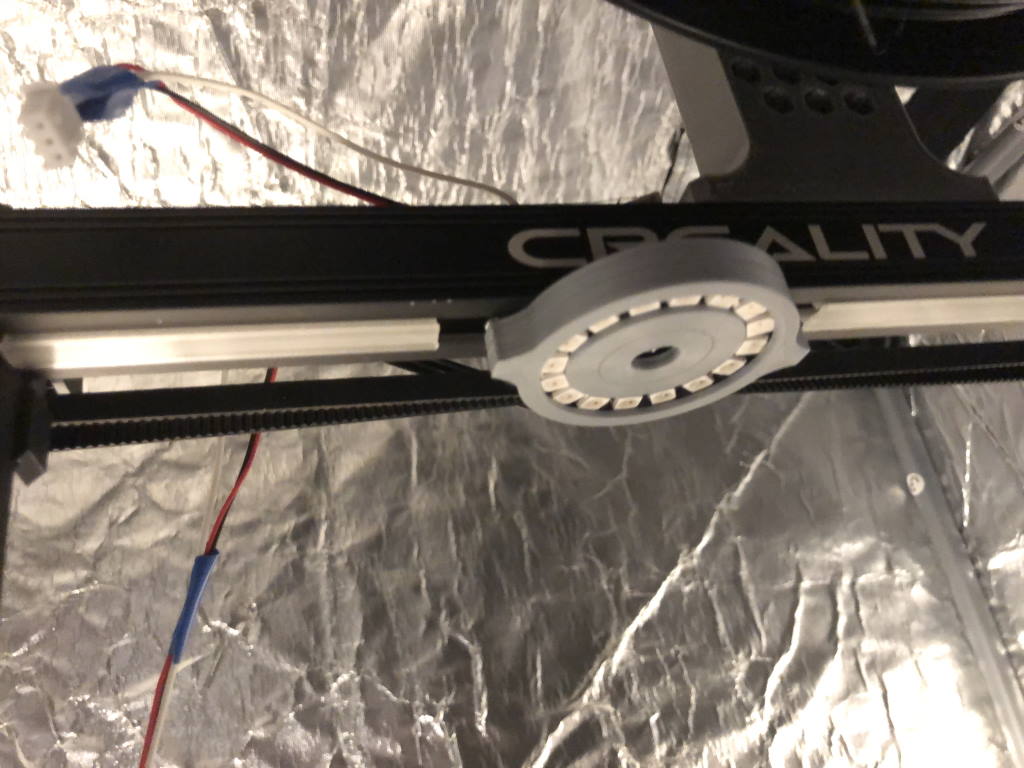 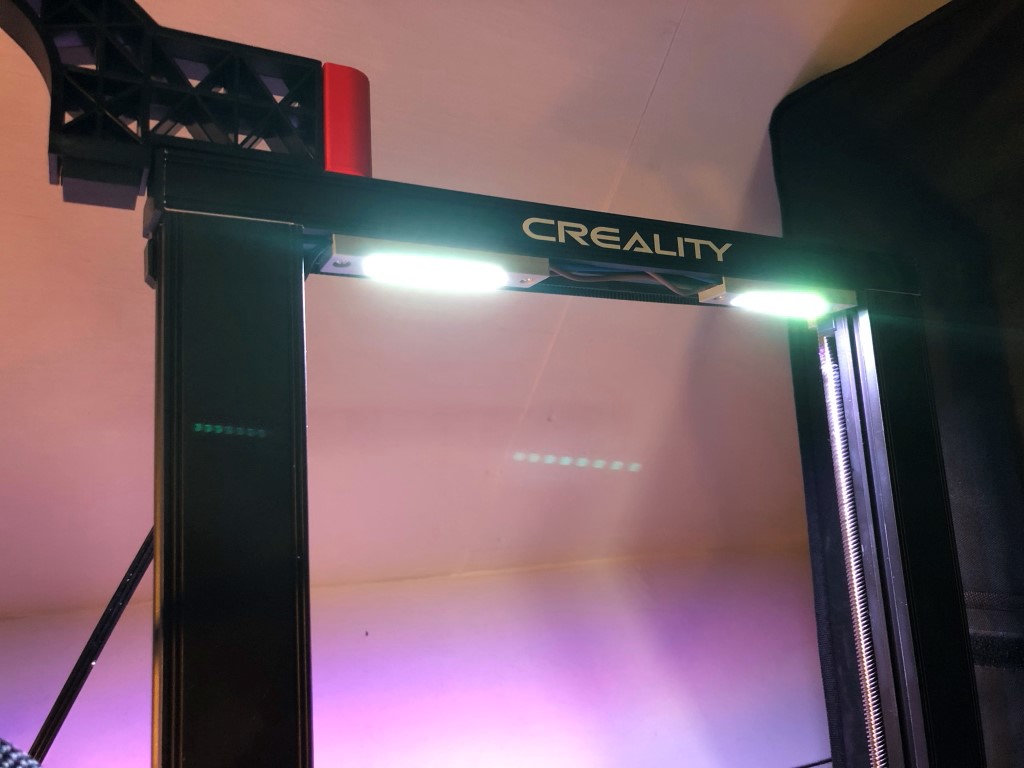 Mounted on my second CR-6 SE

For installing RGB neopixels you need at least:

If you don’t have crimping tools, you need that as well. I used: 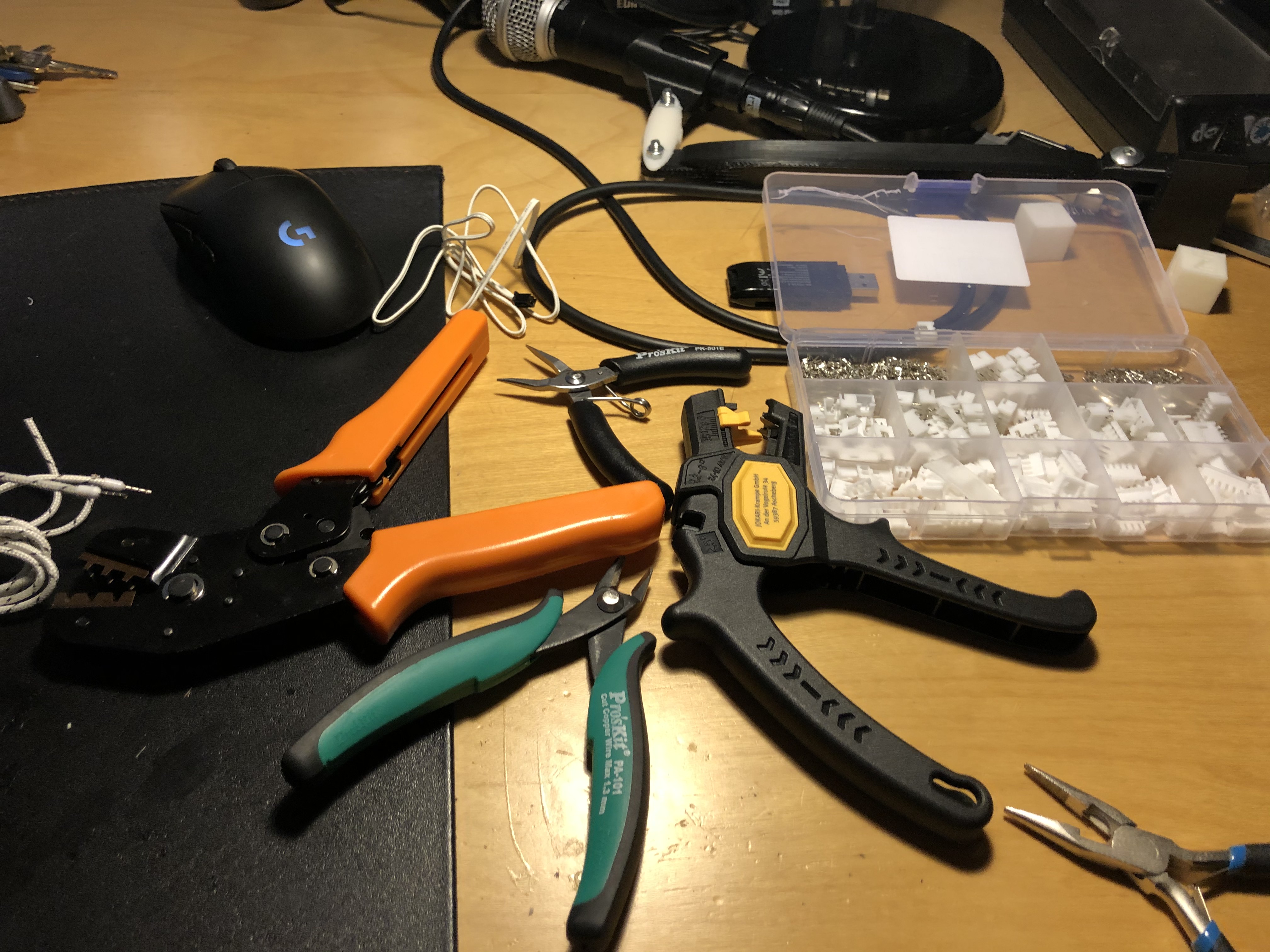 We will be doing firmware changes as well, so make sure you’ve set-up your development environment.

Soldering the neopixel assembly is the most difficult and tedious process, because the soldering pads 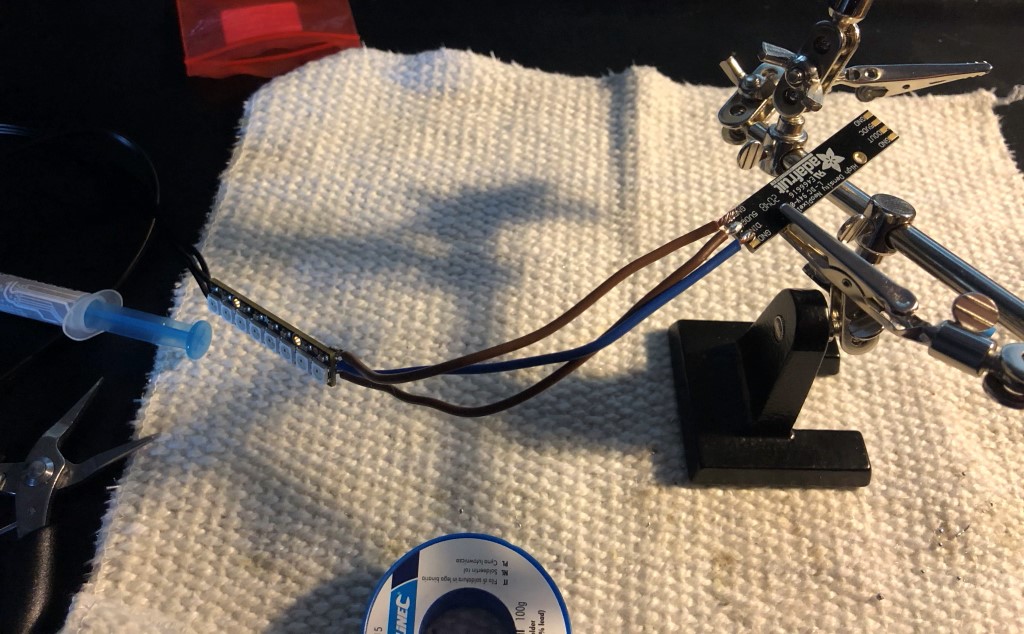 I’m not going to explain soldering here, there are much better sources for that on the interwebz. You need to solder to the 5V, data IN and GND pads of your neopixel. No

Most important to check after soldering:

The first step is routing the cable. There are a few holes on the CR-6 printer that allow cables to go the motherboard. For my purposes, I found routing easiest through the hole where the flatcable also goes. 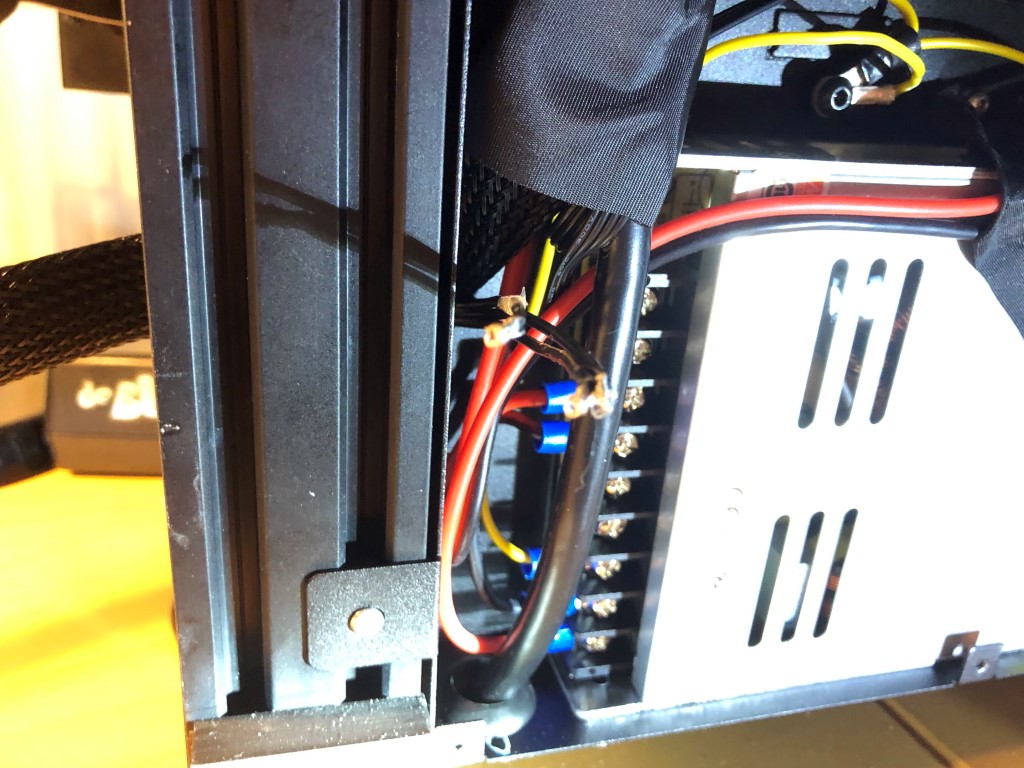 Routing it through the hole, it routers along the power supply cables through the motherboard

Also take this chance to check if all the wiring is still proper.

Finally, you need to crimp a JST-XH connector onto the neopixel cable. Take note of the pin-out for your particular motherboard. BigTreeTech publishes the pin-out of their board online. As far as I know Creality does not have public pin-outs for their board. 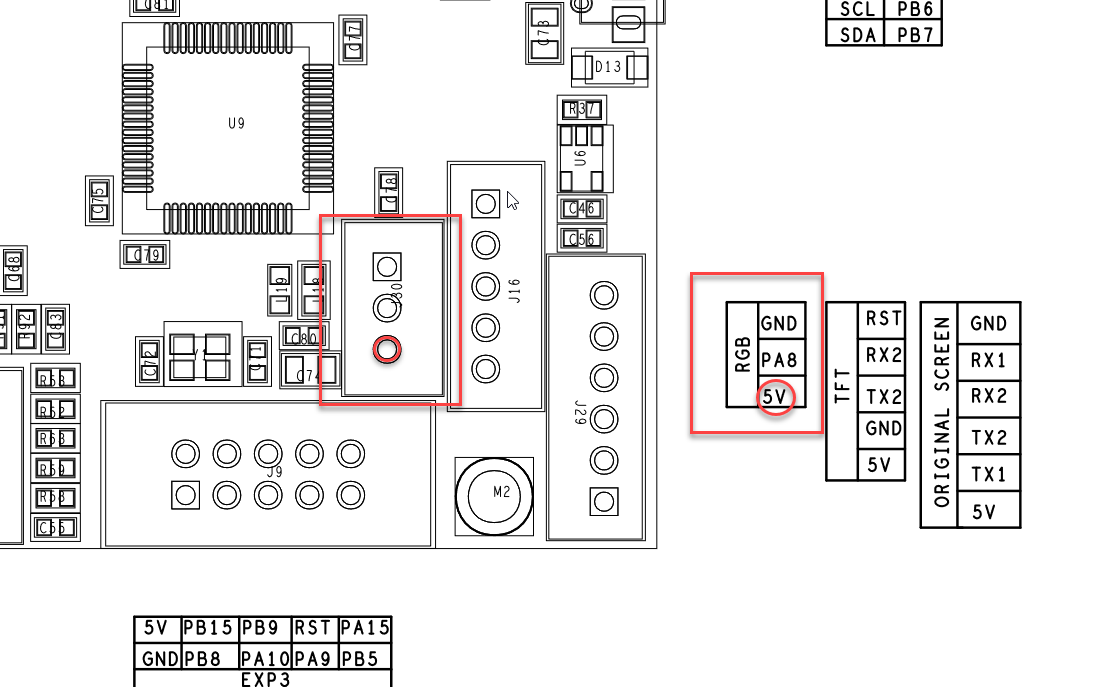 You need the RGB connector. Note that the 5V line must match with the 5V line of the neopixel, data line with the “data in” port.

If you have the wiring wrong, your board will most likely survive. It did in my cases: my board simply went into protection and did not boot Marlin. Still, double check your wiring. 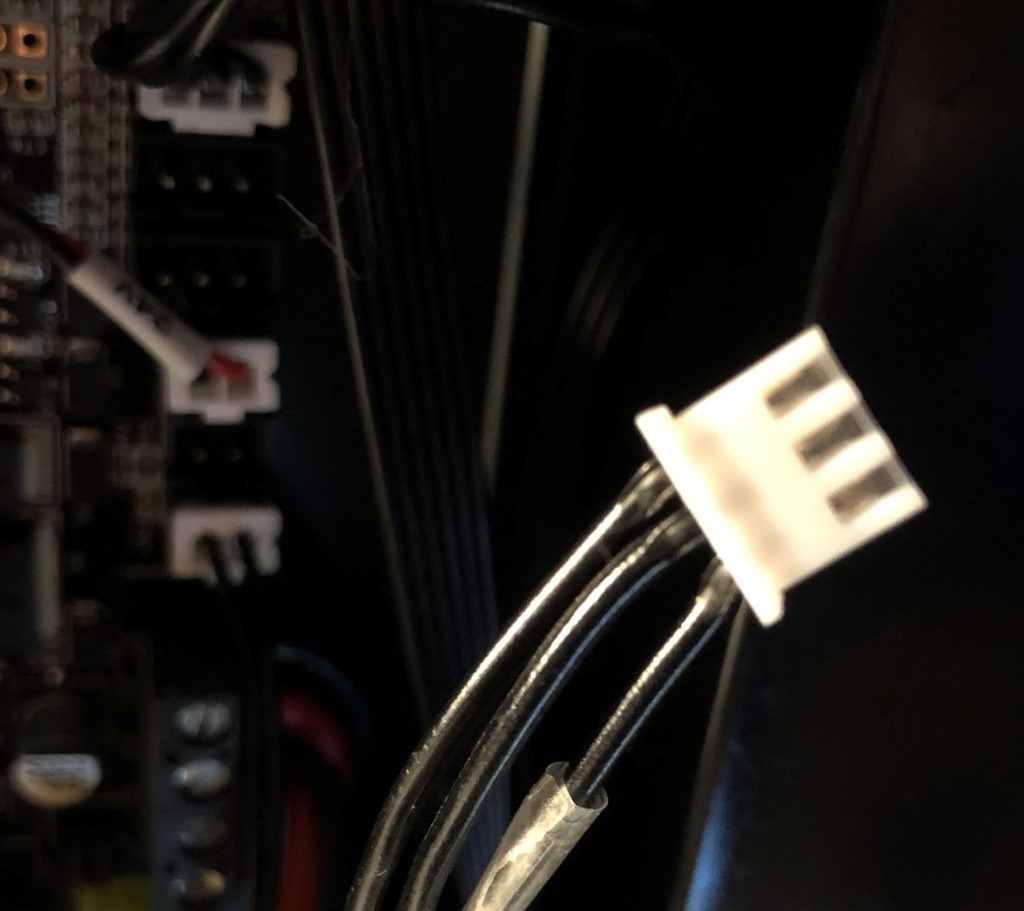 Crimping is not the most fun to do, but everything is very neat and tidy afterwards. It is rewarding 😉

You also need to make some firmware changes. You can check the guide I published earlier on how to compile firmware.

There is only one file you must change: Configuration.h.

Find the section that says:

Compile and flash your firmware.

That’s it! You’ve now successfully installed neopixels on your printer. 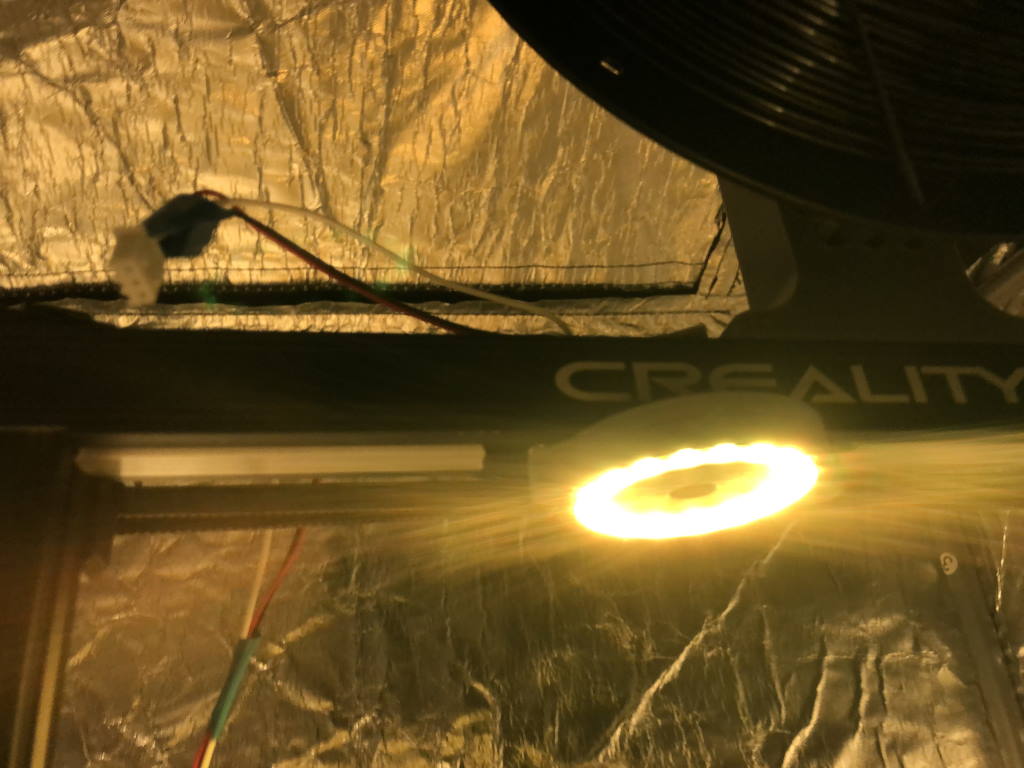 Mounted on my Kickstarter CR-6 SE 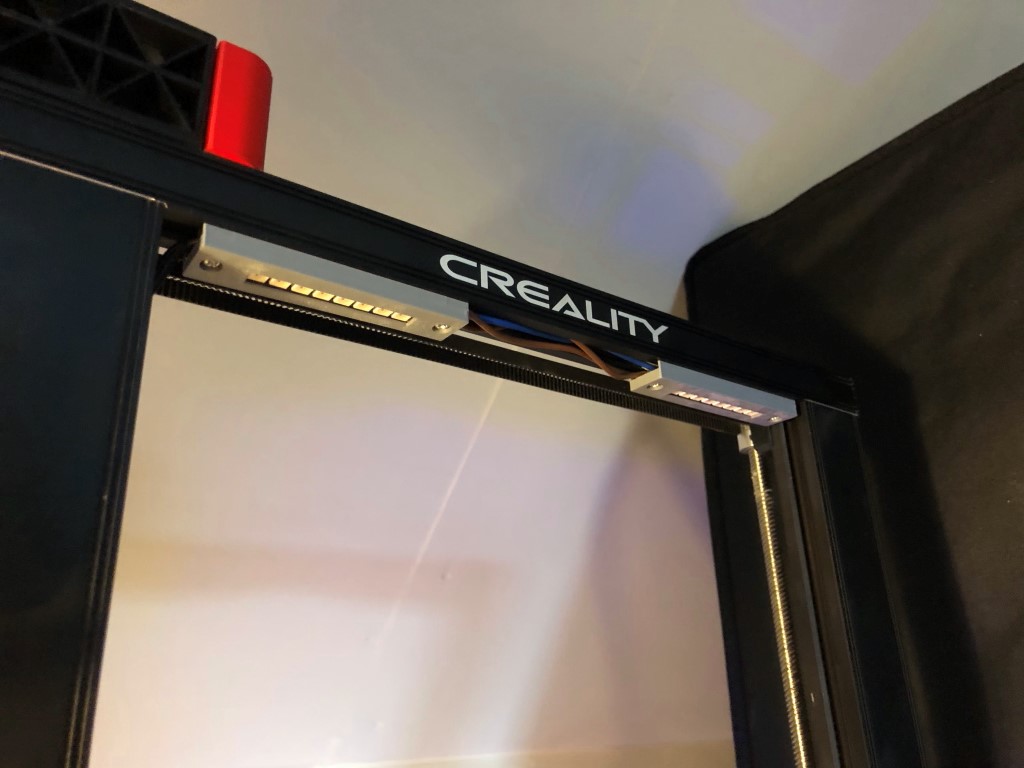 Once this feature request has been implemented in the CR-6 Community Firmware, Neopixels will also be controllable from the touch screen. When you have a BTT TFT, you are already able to control the neopixels from that screen.