It is 2022 and Thingiverse still looks like an website from 10 years ago. It is slow, it is not always reliable, and it still doesn’t only accept 3MF files as 3d models. That wasn’t enough for me to migrate. However, when in October of 2021 a data breach came to light - that was the final straw! I decided to move my Thingiverse account to the PrusaPrinters.org model database. I marked my Thingiverse account as obsolete and I invite you to do the same!

Speed and performance, pace of development, or anything really, was never Thingiverse’s forte the last few years. However, I didn’t care much. Thingiverse has the largest community and therefore I remained on Thingiverse. A moving train doesn’t stop so easily I guess. 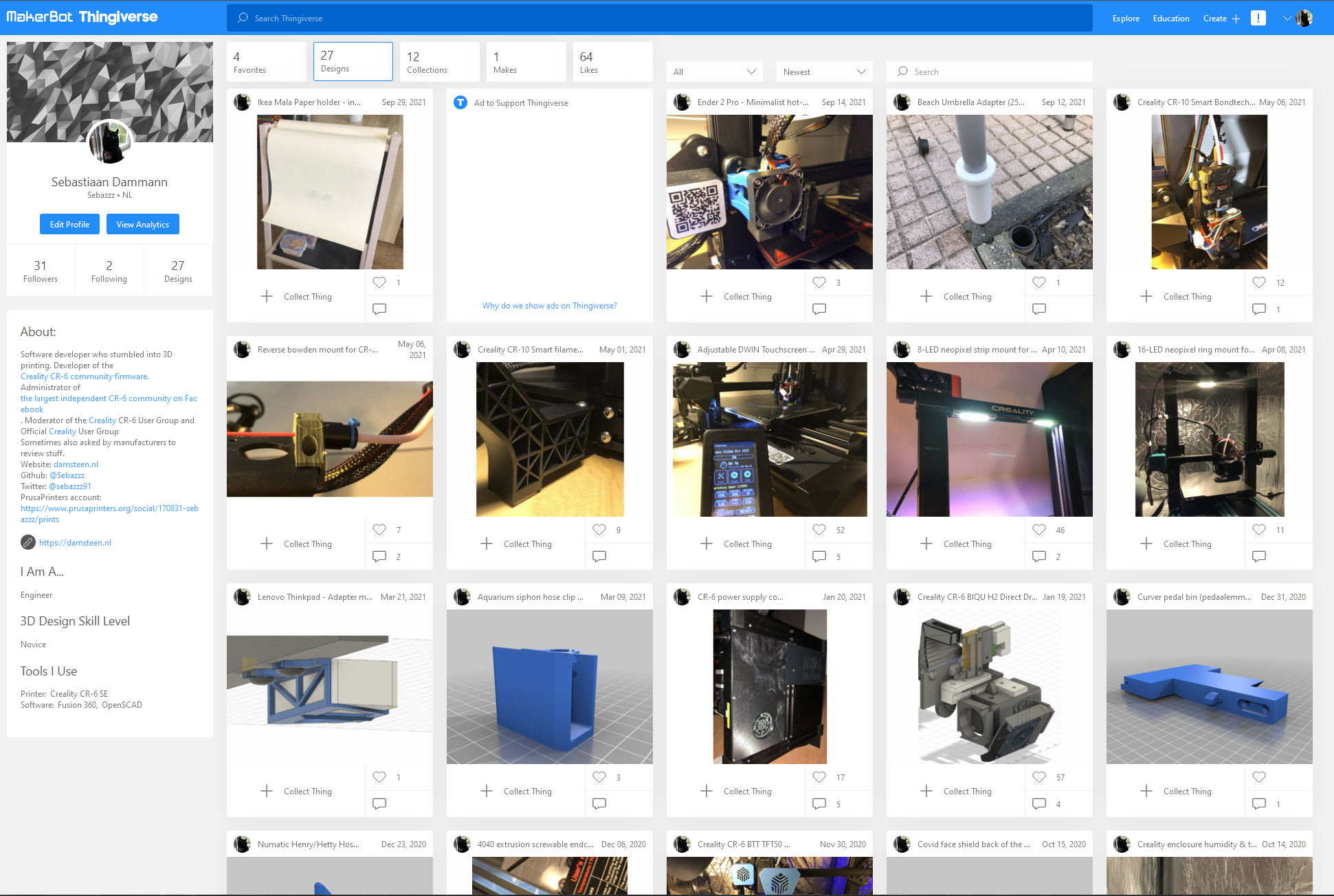 I don’t have the most internet points ever, but I do have some useful designs on Thingiverse

Thingiverse has not been really maintained.

The final straw was the data breach they didn’t inform their users properly about.

There are plenty of alternatives, like MyMiniFactory, Cults3D. The new kids on the block are Thangs, Creality Cloud and PrusaPrinters.org.

Thangs has not been completely uncontroversial, it is putting a lot of sponsorship money into promoting their service while having no apparent way to make money. These business practices make me wary, especially as Thangs’ parent company Physna Inc. is a venture capital. I have also asked my own questions directly to @Thangs of which you can read their responses. Maybe this feat of mine is unnecessary, but I don’t trust it and it was enough reason to look elsewhere.

Cults3D has also not been completely innocent, not taking down copies of models and not paying out a seller - resulting in backlash from the 3D printing community. After the backlash, they also made it much more difficult to remove your account which is against the European privacy regulation GDPR.

Sufficient to say, I looked elsewhere.

Creality Cloud is the model database of Creality, and also their cloud slicing & printing platform for their Creality Wifi boxes and Creality CR-10 Smart 3D printer.

The main disadvantages of Creality Cloud for is that they don’t support two factor authentication, and it is tightly coupled to their application. I have also heard that models were pirated and unlicensed copies of 3D models on their site were not taken down, though I haven’t found a definitive source about that.

The most well-known Prusa brand of printers launched PrusaPrinters.org as modeling site, initially for their own printers, but since the Thingiverse breach they’ve seen a huge influx of users. Josef Prusa tweeted they are looking for a new name to make it more inclusive to users of other brands of printers. Having never owned a Prusa - I think it is a good idea!

The PrusaPrinters.org website is ran by Prusa, a European organization, and fully supports two factor authentication. The site is easy to use, has no weird terms of service you need to agree about, and is sold through the sales of Prusa 3D printers. 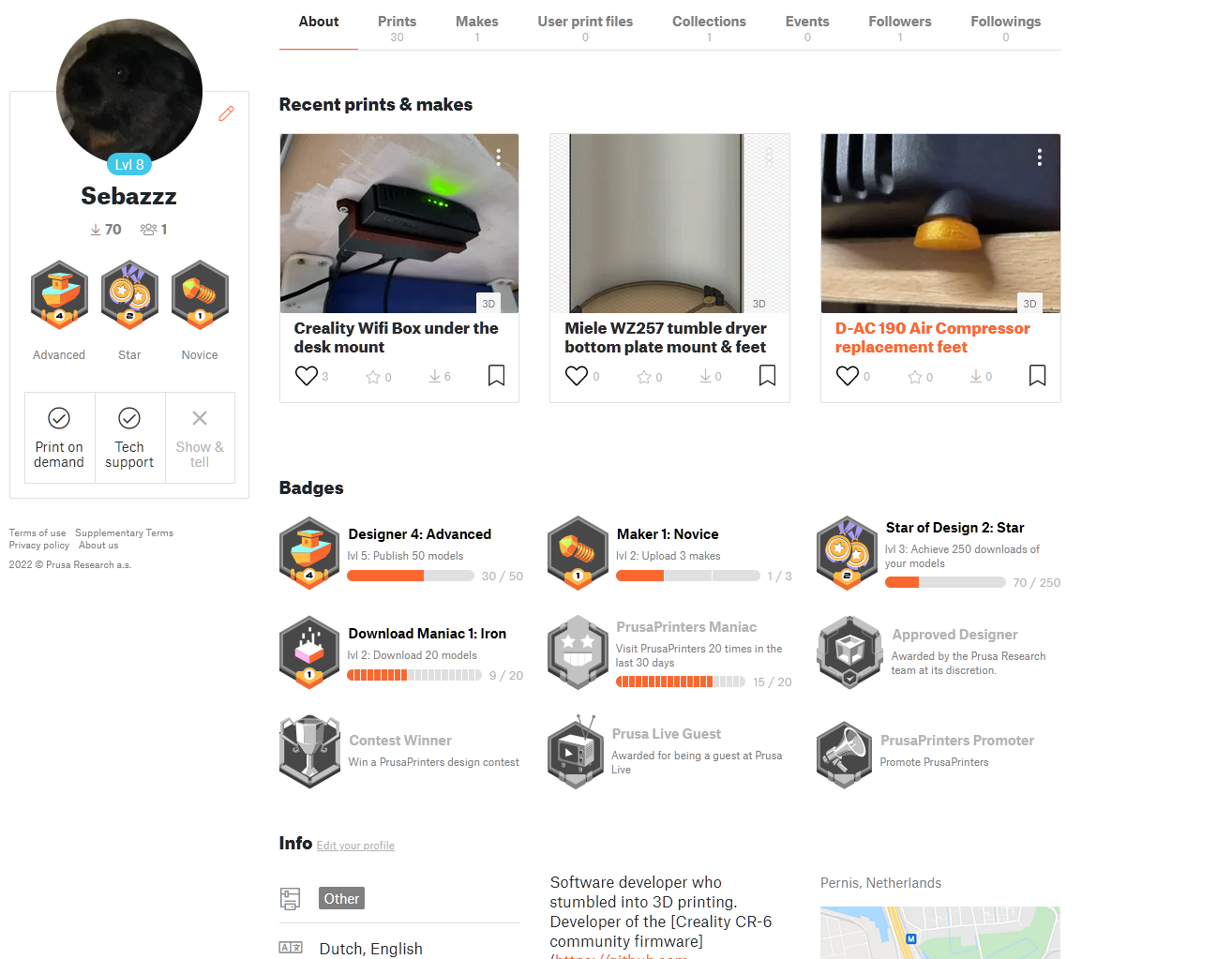 This made it the most viable alternative to me - and they have an easy to use migration service to migrate all your models from Thingiverse. My choice was made!

Update: As bomas_lulz also here in the comments says: PrusaPrinters.org also has challenges that pay out in actual Prusament (filament from Prusa) - and apparently one of the former Thingiverse devs works on PrusaPrinters.org 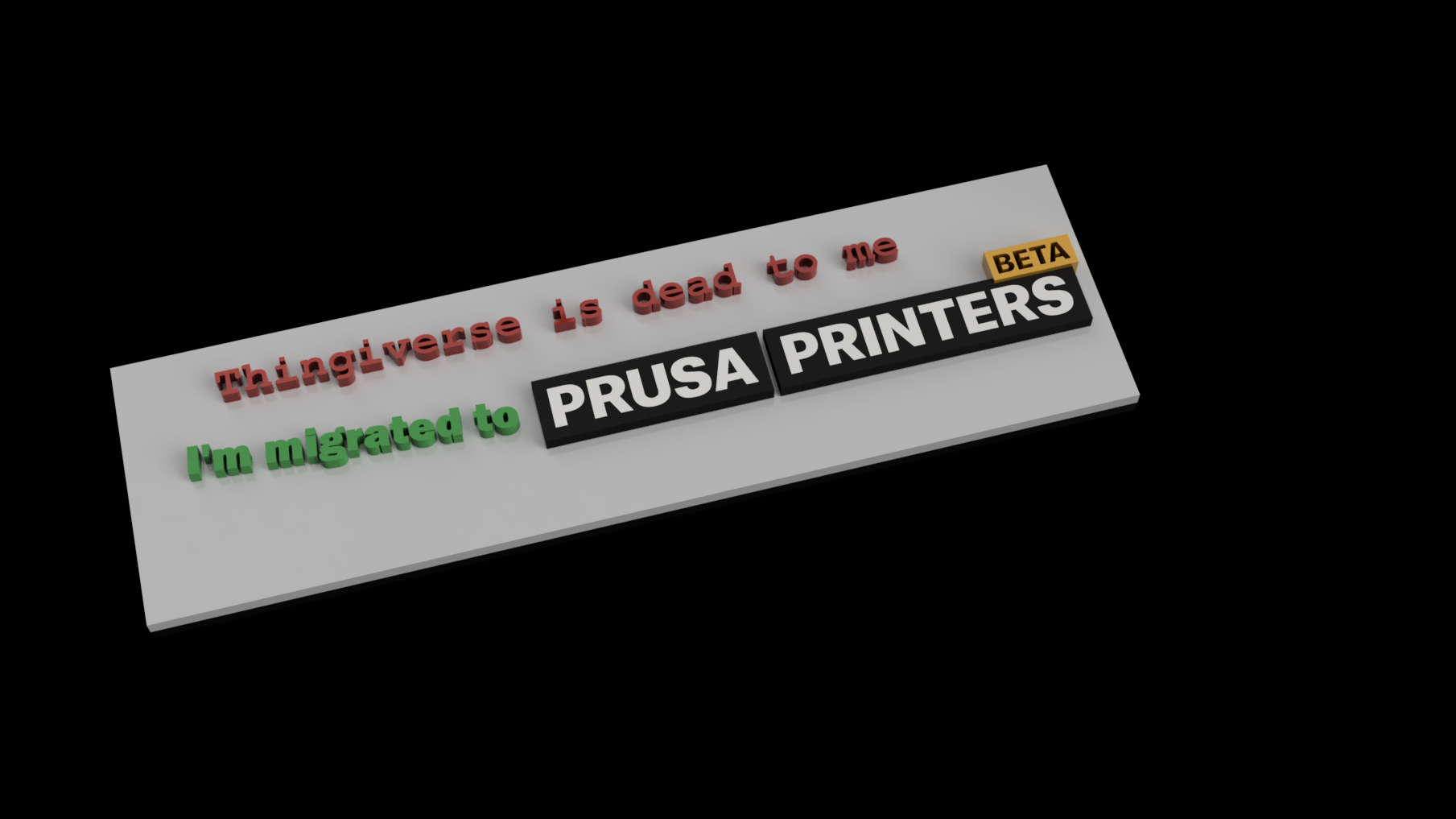 Download and place the model on your own Thingiverse profile 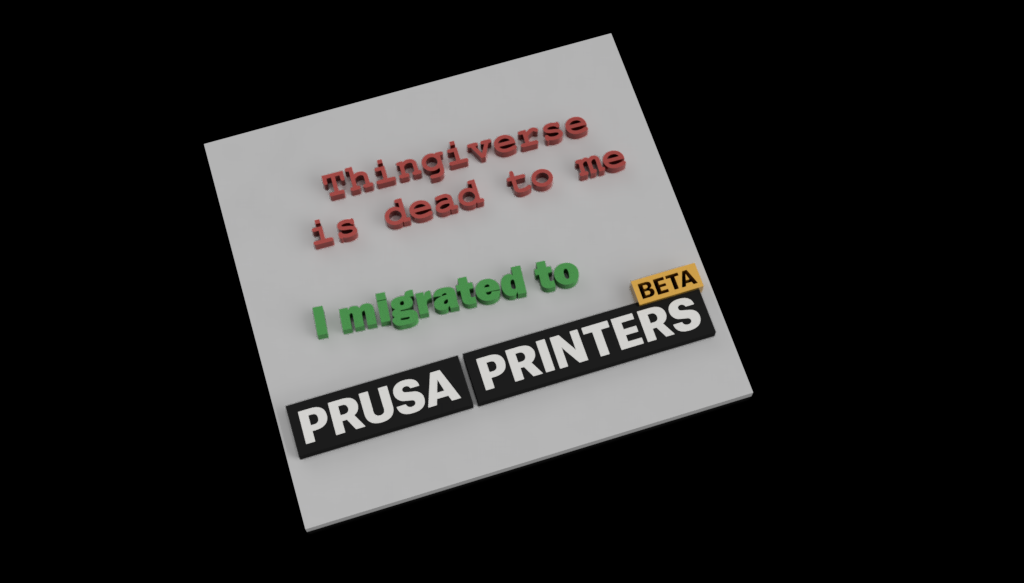 Let’s start the exodus together and let’s migrate away from Thingiverse! I invite you to mark your account obsolete by including this model as your final upload! Feel free to share and modify this model like you want!